So awesome to get St. Thomas on the schedule right away, and to finally play Wisconsin again! therinklive.com 20Apr21
Nearly all of the Huskies will be coming back for 2021-22
Seniors Easton Brodzinski, Seamus Donohue, Kevin Fitzgerald and Luke Jaycox will use their extra year of eligibility to play for SCSU next season. Draft picks Nick Perbix and Sam Hentges also plan to return for the Huskies, who reached the NCAA championship game last season.

21Apr21
NCHC schedule is out, SCSU will face UMD just 4x next season
Huskies will have 6 home series in conference play in 2021-22

SCSU Men's Hockey@SCSUHUSKIES_MH·16h
Recognize this jersey combo? You'll see it at the HBNHC in 2021-22!

Follow us this week and next for a sneak preview at our 2021-22 nonconference opponents! 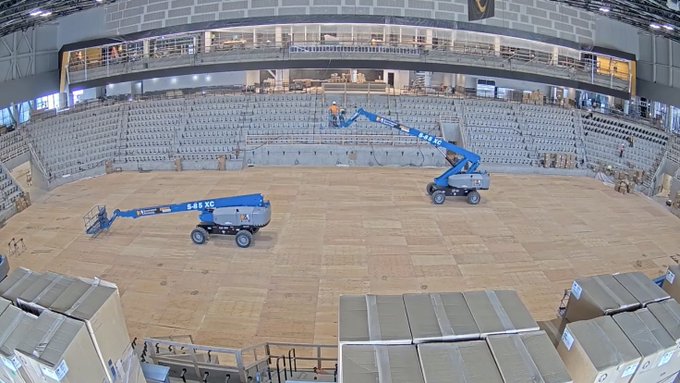 CenterIceView@CenterIceClub·3h
"The NCAA COVID-19 Medical Advisory Group has updated its recommendations for COVID-19 testing for college sports, noting fully vaccinated student-athletes and other Tier 1 individuals with no COVID-19-like symptoms may be exempt from routine testing." - CollegeAD
Top 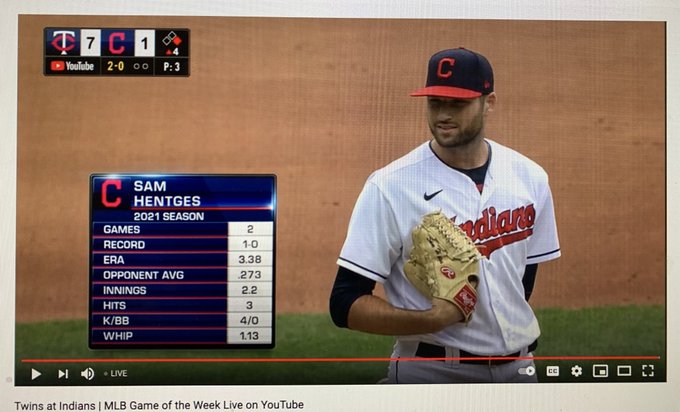 SCSU Men's Hockey@SCSUHUSKIES_MH·Apr 29
Such a festive uni combo for a future festive series...

SCSU Men's Hockey@SCSUHUSKIES_MH·May 4
We'll give you a topic of conversation for dinner tonight: who is our second opponent of 2020-21?

SCSU Men's Hockey Retweeted
Minnesota Hockey@MinnHockey·May 4
“Sometimes what separates kids is going through some tough times and being willing to work through it.” - @SCSUHUSKIES_MH coach Brett Larson
Read More: http://ow.ly/ehEV50EB6WV 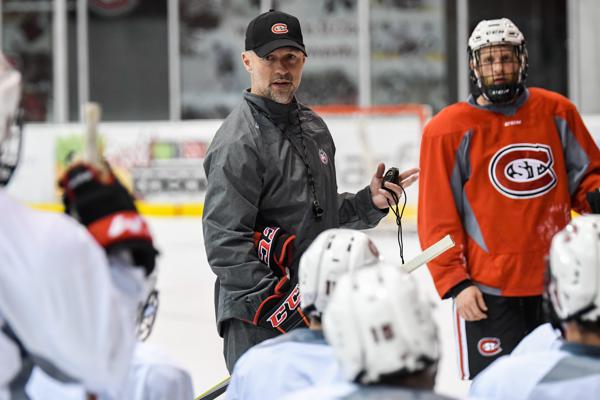 SCSU Men's Hockey Retweeted
Mick Hatten@MickHatten·May 4
I will have @SCSUHUSKIES_MH recruit @joshluedtke3 on the Huskies Hockey Insider podcast on Friday. He had 22 points, 59 PM & was +12 in 48 GP for
@bucshockey. Send me any questions you may have for the SCSU signee and former @TonkaBoysPuck defenseman.

Josh Luedtke is another Minnetonka defenseman headed to SCSU
The 19-year-old, who played last season in the USHL for Des Moines, follows former Huskies standouts Andrew Prochno, Jimmy Schuldt as Skippers to play for the Huskies. Luedtke recently decommitted to Denver, picked St. Cloud State and plans to play one more season for Buccaneers before college.

Can’t wait for next season!! 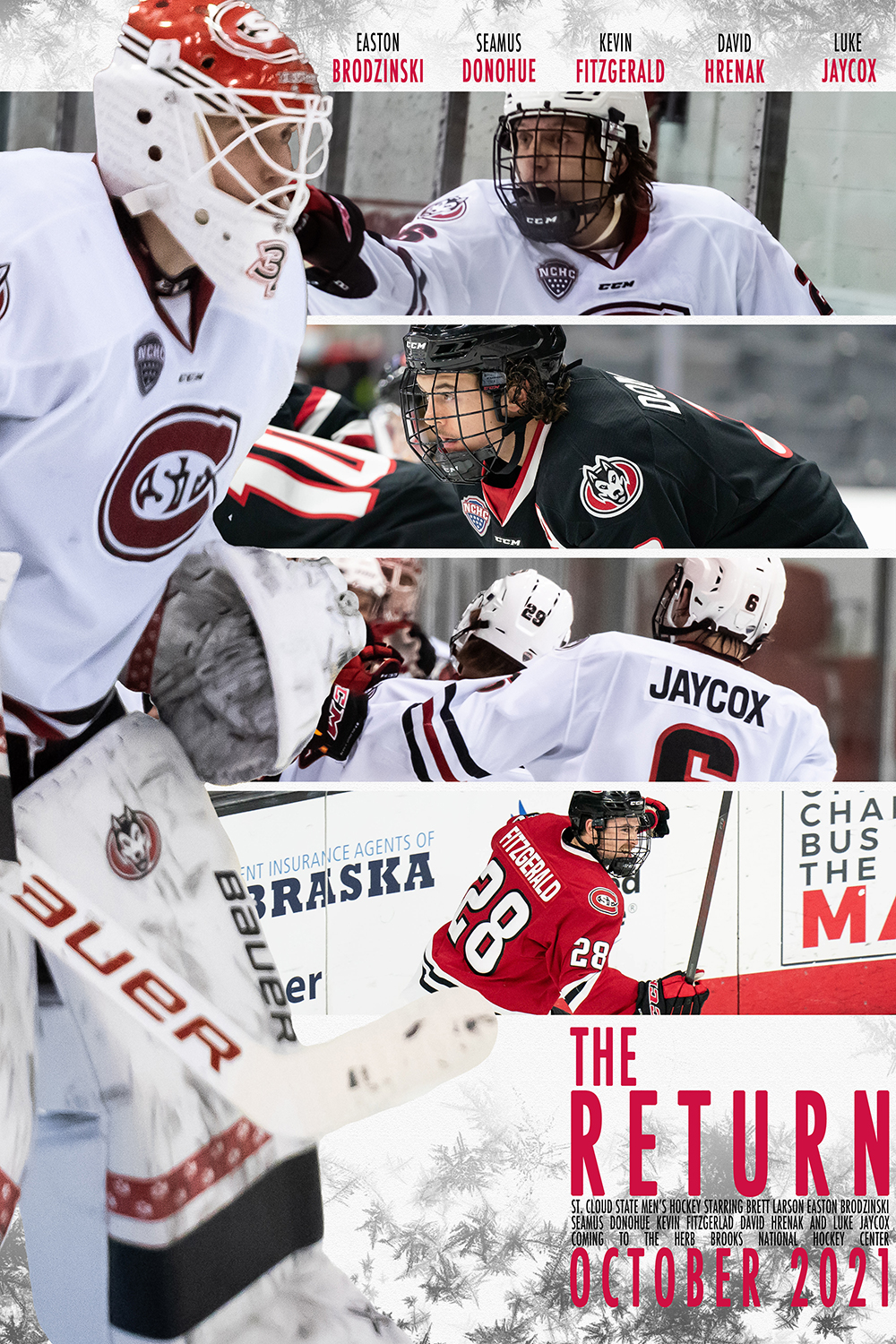 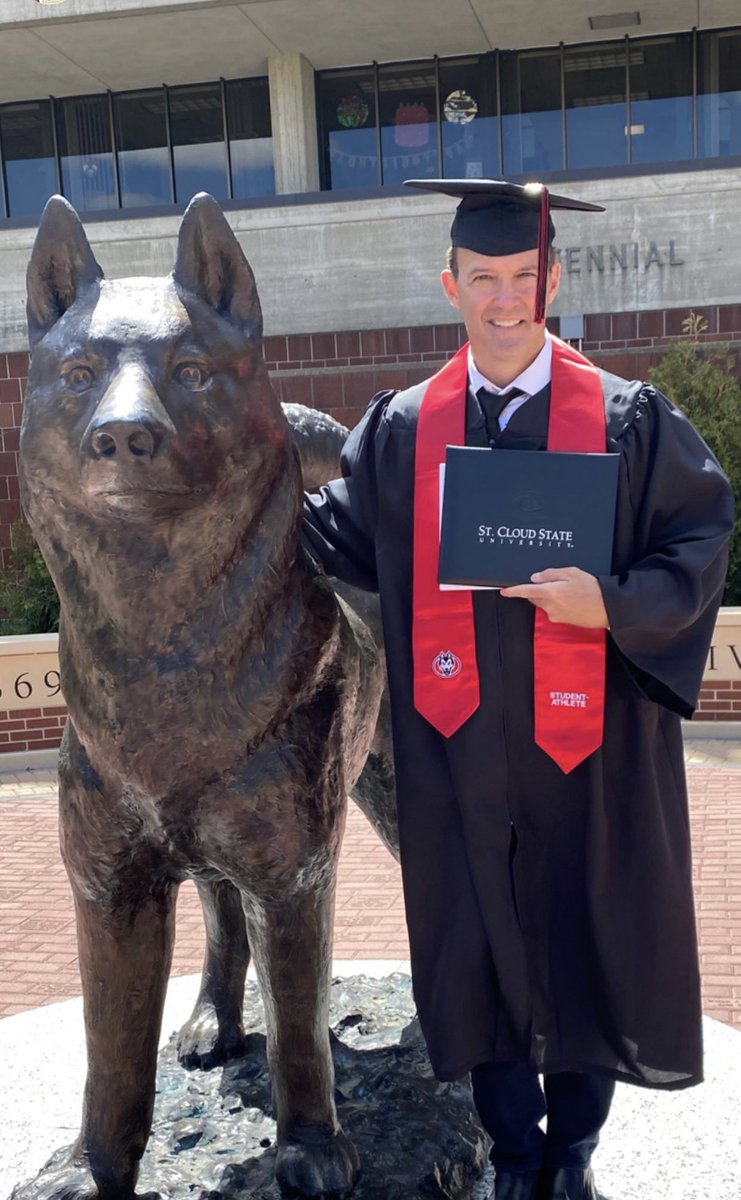 SCSU Men's Hockey@SCSUHUSKIES_MH·May 10
Huskies Fans! The home schedule is out and it is one of the best in Husky Hockey history!! Do not miss out!! Visit http://scsutickets.com and guarantee your seat RIGHT NOW!! Check out our opponents below! Just remember to watch till the end Winking face The Men's 2021-22 Schedule is out now!!
@sam_goetzinger takes you through one of the best schedules in the 90 Years of Husky Hockey!

Guarantee your seats now at http://scsutickets.com!!

Mick Hatten@MickHatten·May 10
"From a personal side, I'm not really satisfied. I still expect more from myself. That's another great motivation coming into next year." G @hrenci on returning to SCSUHUSKIES_MH for a 5th season.
@LAKings draft pick is a former @GamblersHockey goalie

SCSU notebook: Dávid Hrenák on a 5th season — 'You want to come back and work harder than ever to do something better than last season'
Goalie has decided to return to college for a 5th season, not sign with the Los Angeles Kings. Also, the Huskies officially announce their schedule for the 2021-22 season

SCSU Men's Hockey@SCSUHUSKIES_MH·7h
Take a look back at one of the Huskies' most prolific goaltenders, Charlie Lindgren!

Make sure to secure your Husky Hockey Season Tickets at http://scsutickets.com today!! 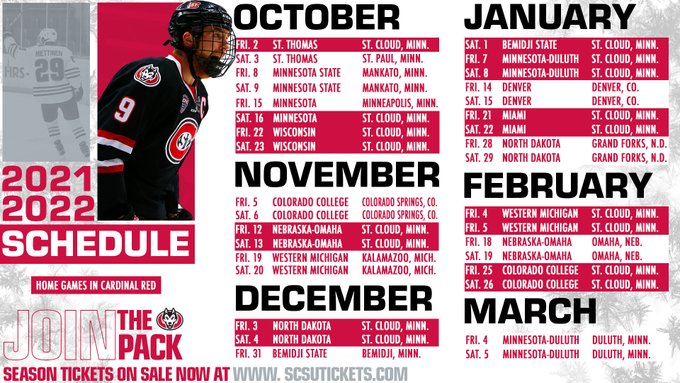