No. 8 Huskies host No. 9 Bulldogs in regular season finale of only 10 finalists for the men's

The 2020-21 men's hockey finalists have been announced for this year's Senior CLASS Award.

Check out the link below to see the list of finalists. Fan voting is now open!

Is there a site admin that can clean up some of this hair extension nonsense going on?
Top

Read the latest from @MickHatten on senior forward Kevin Fitzgerald!

SCSU Men's Hockey@SCSUHUSKIES_MH·8h
Here it is!!!

The final game of the regular season against two of the biggest rivals in college hockey!! Make sure you are ready with the Men's Hockey Weekend Preview hosted by
@rachelmariee24! This is a game you cannot miss!! https://youtu.be/hktI-YKKBfQ #HuskyHockey #NCHCShowdown Congrats to the guys who earned All-NCHC Academic honors!

SCSU Men's Hockey@SCSUHUSKIES_MH·13h
It was a great February for goals, and the cellys were pretty good too! Check out the latest edition of Husky Hockey's Cellys of the Month! https://youtu.be/KA1CMzFuM30 #HuskyHockey #HockeyCellys

SCSU Men's Hockey@SCSUHUSKIES_MH·11h
Extra day without hockey getting you down? Check out the latest Men's Hockey Weekend Preview and remember that hockey will be back within 24 Hours!! https://youtu.be/hktI-YKKBfQ #HuskyHockey #NCHCShowdown
Top

Playoff seeding on the line:

What more could you want?! 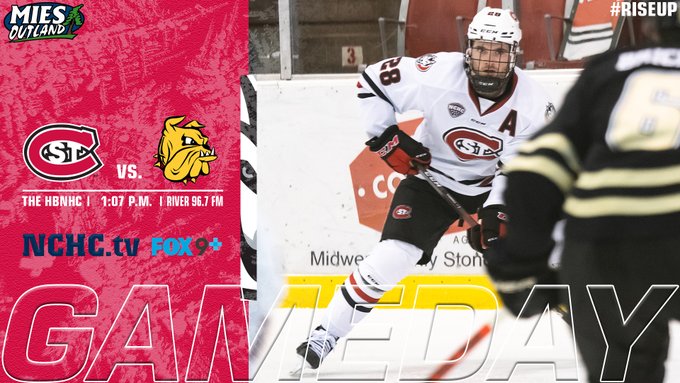 
Every correct answer received before puck drop will be entered in a drawing for a Huskies T-Shirt. Thanks to our Sponsor @RotoRooter 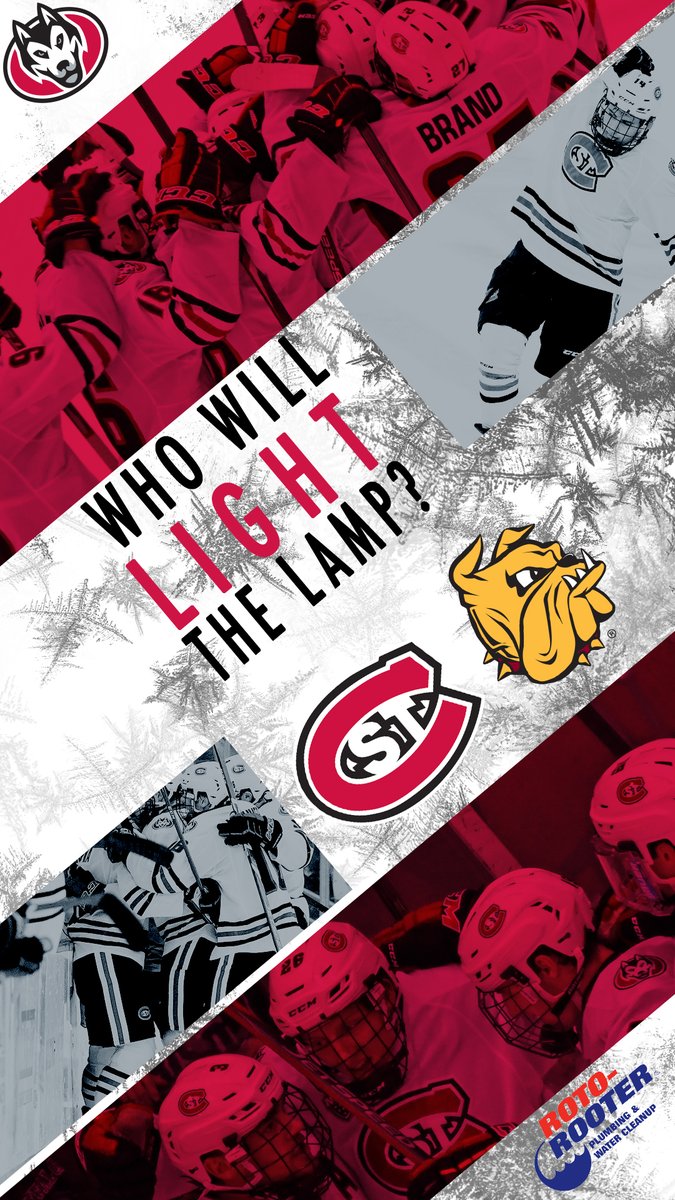 therinklive.com 04 Mar 21
Seamus Donohue unlocks the right combination with SCSU
Graduate transfer spent 3 seasons at Michigan Tech before entering the transfer portal. As a graduate student at St. Cloud State, the St. Thomas Academy graduate has been on the team's top defensive pairing all season

SCSU Men's Hockey@SCSUHUSKIES_MH·3h
We can beat these guys! 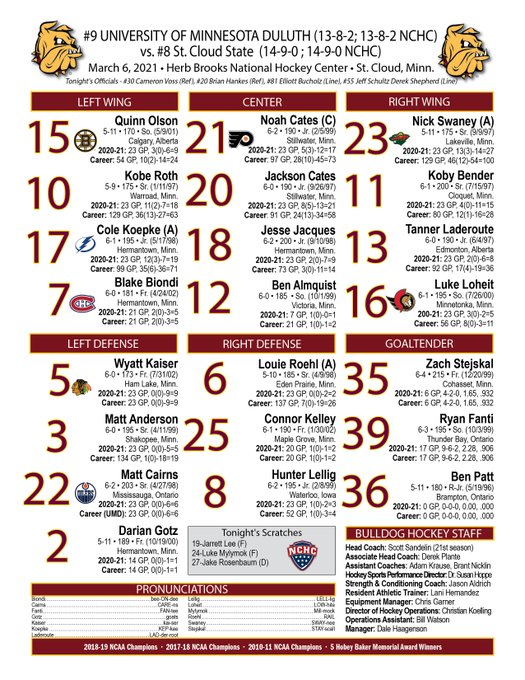 SCSU Men's Hockey@SCSUHUSKIES_MH·2h
We love that read by Sam I am!

And that goal too is very on Brand Smirking face

With the win we lock up #2 in the NCHC and our place in the NCAA Tournament!

What a game, we DOMINATED the first period but Stejskal kept them in it, the Bulldogs totally flip the game in the second, and UMD gets the only Goal of the third

I’m proud of how the guys played, just kept working all night even when things were going sideways and found a way to get the crucial Tie for the #2 seed and then win it

Hrenak was fantastic today, he stopped everything he possibly could and kept us in the game in the second and third, he had literally no chance on any of the three Goals against

Easton Brodzinski delivers in overtime to clinch a 4-3 victory for @SCSUHUSKIES! Mick Hatten@MickHatten·4h
"It couldn't have been bigger. To finish second, alone, in the NCHC is usually a good spot to be in going into the tourney."
@SCSUHUSKIES_MH coach Brett Larson said of the importance of the win for his team over @UMDMensHockey in NCAA tourney picture.

The All-NCHC Teams were announced! 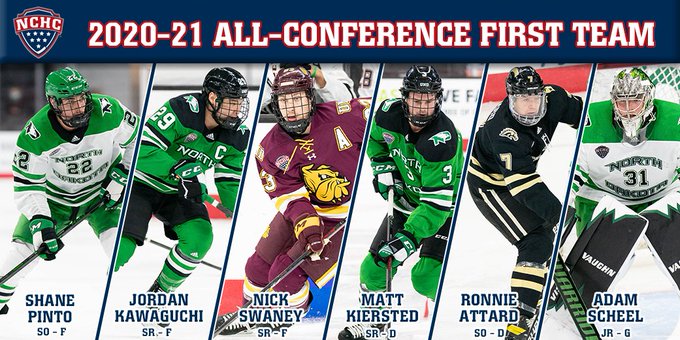 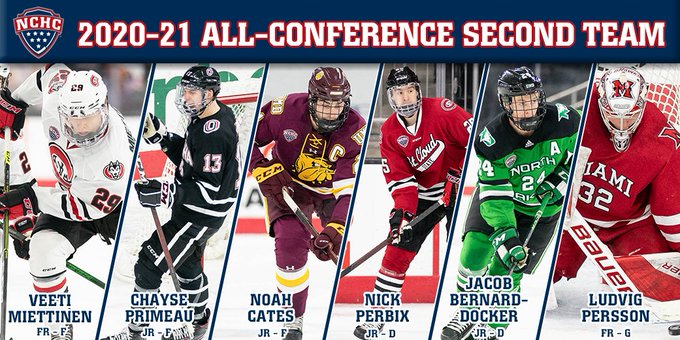 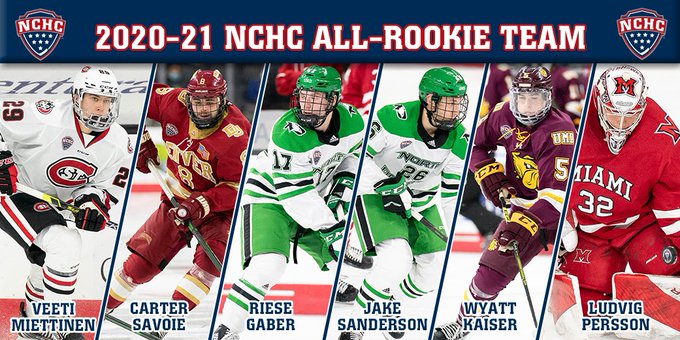 So crazy to see Veeti be a unanimous All-Rookie selection AND make Second Team Alll-NCHC as a Freshman!

SCSU Men's Hockey@SCSUHUSKIES_MH·Mar 7
Coming at ya live on March 12, the Husky Faceoff power by @SCSUGrad, a pre-game celebration before @SCSUHUSKIES take on Colorado College in the first round of the NCHC Frozen Faceoff! 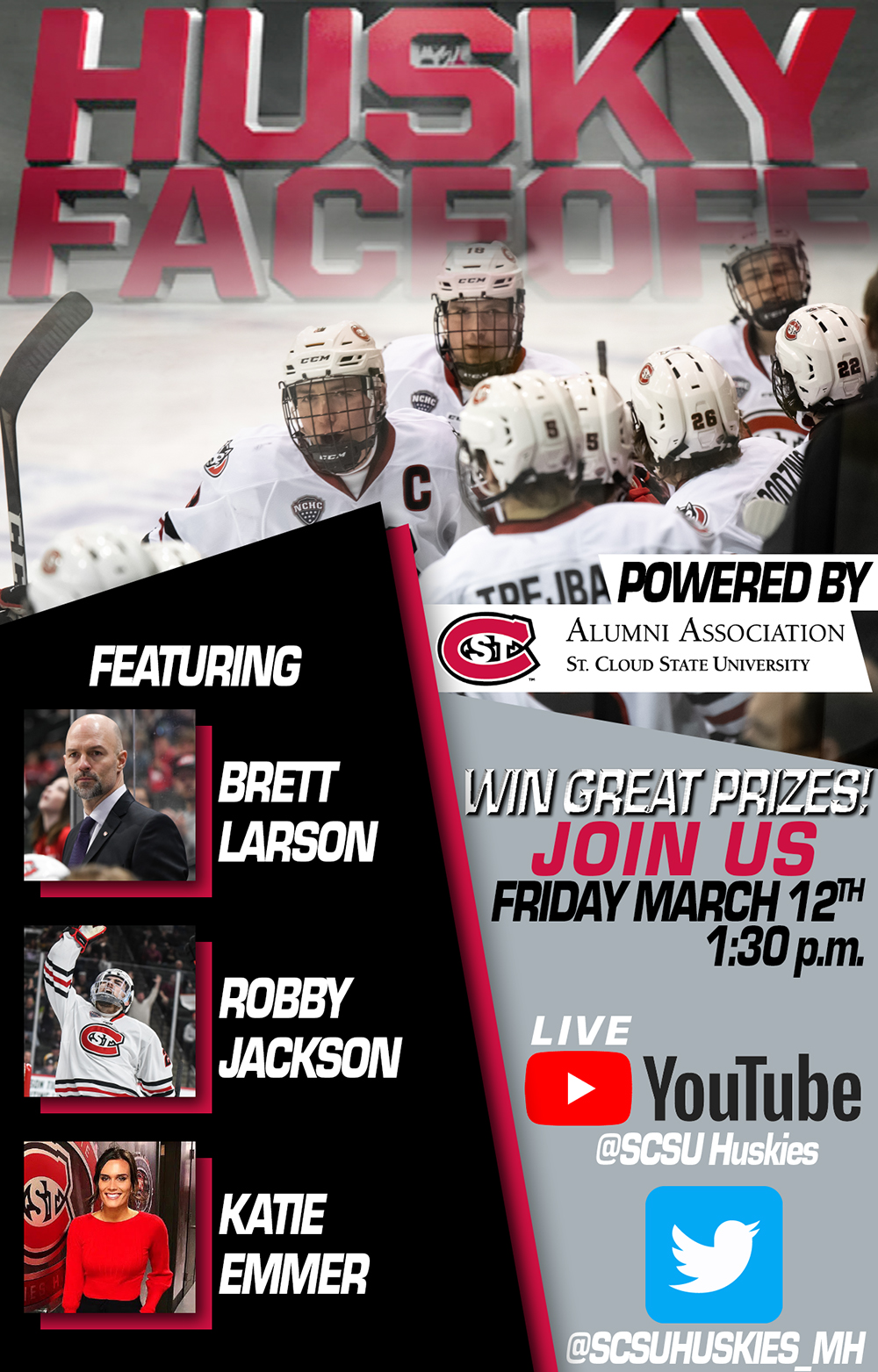