For one of (if not THE) most important Series remaining, this one is gonna get no hype and be TOTALLY overshadowed by the Superb Owl.

It's so important because I feel like this is the Series with the highest probability of a Sweep.
UNO: They are WAY down right now, but when they get solid Goaltending they can beat anyone with that top line and pre-Christmas were LITERALLY unbeatable at home
UMD: They are FAR better than their record and will be smarting from dropping 5 of 6 Points to us in Daloot
CC: Another team that's MUCH better than their record, and this is on the Road to boot

HuskyFan64 wrote:For one of (if not THE) most important Series remaining, this one is gonna get no hype and be TOTALLY overshadowed by the Superb Owl.

It's so important because I feel like this is the Series with the highest probability of a Sweep.

HF64, I really hope the term "Superb Owl" wasn't a typo! IMO this is a much better description of the NFL championship game than "Super Bowl."

It wasn't a typo haha

Miami has the #1 PK in the country and they shut out our PP last time. Feel that can't happen again for us to get a sweep.
Hating the Gophers and Michigan Fans year round
U-M-D SUCKS!!

Our boys will be ready, especially after winning the North Star cup. A good thing we have that tourney to stay sharp!
Top

I don't know about this Miami series. Yes, by all means we should win both games, but this series screams trap to me. It could just be me being paranoid by past seasons, but Friday night games against lowly opponents always seem to bite Husky teams of the past. You pair the games being in Oxford, the possiblity of the team losing focus after a big tournament win,past teams seemingly downplaying lower opponents in previous years, and what was turning into a pretty good rivalry before Miami fell apart and friday screams trap game to me. I hope I am wrong and we can prepare the brooms for another weekend sweep, but i guess we will see.
St. Cloud State University GGGGGOOOOOOOAAAAALLLLL!!!!!
Top

I wouldn't be all that shocked if we win out or close to it. Looks like North Dakota really lucked out on injuries as they got to play CC and Western Michigan and now have a bye. If they had played even middle of the road teams they might have dropped 2 or 3 games (more if those guys would still be out this weekend) and the Penrose would pretty much be ours. I think this past weekend has me convinced a 1 seed is more important then I had been making it out to be. There is a huge difference between being an untested 1 seed like Mankato was last year and being a team like ours. We'll probably get to play a team that's more similar to Bemidji or Western Michigan if we maintain the #2 overall seed then teams like Duluth Mankato or Minnesota, and especially better then playing teams like Omaha Notre Dame Lowell and Denver who currently occupy 3 seed position.
Top

Dude, I'd KILL to play Notre Dame again; we have a little rivalry going in recent years, seeing as how we beat them in the NCAA's two years in a row in a pair of fantastic games! 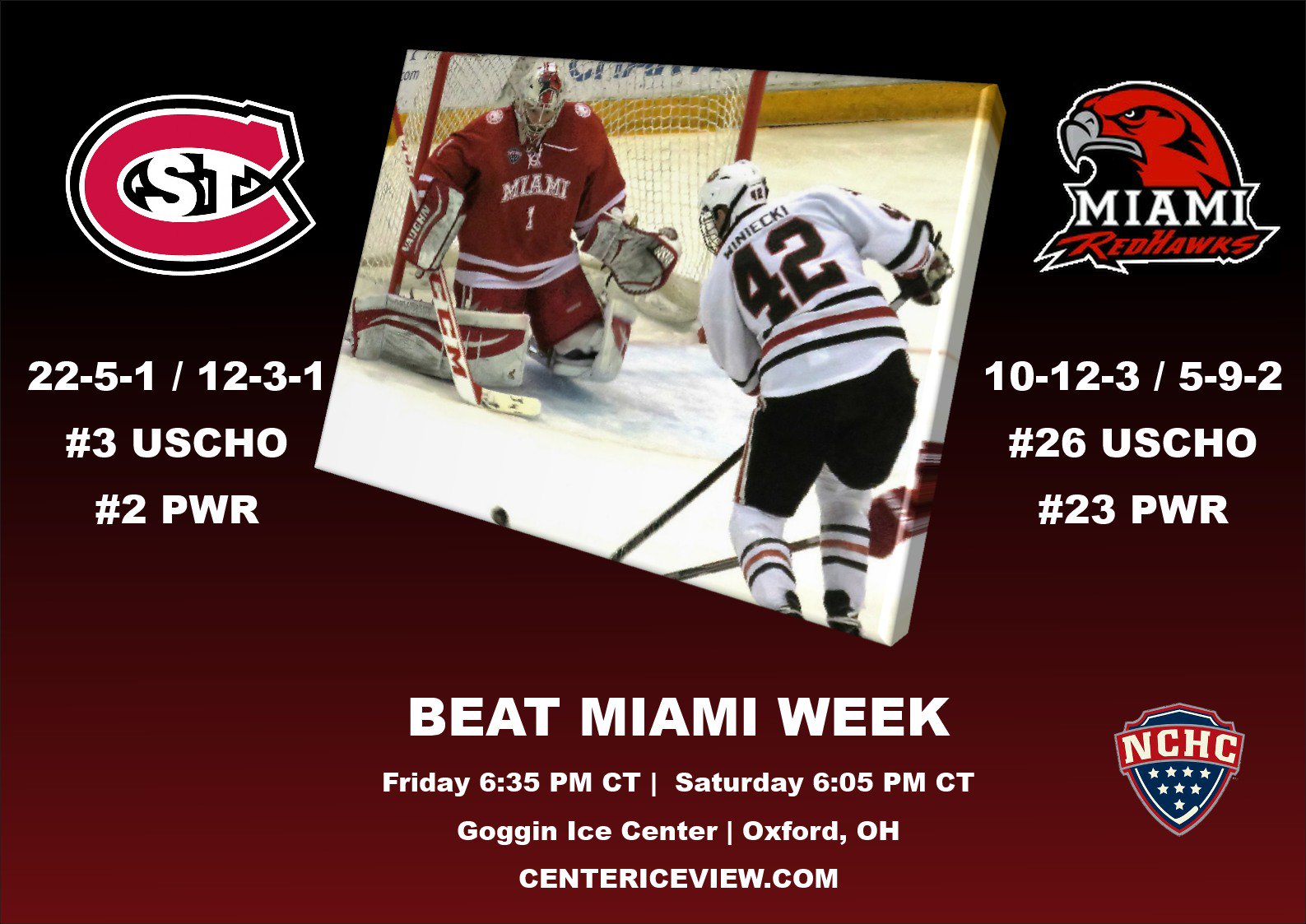 So which is it...
Steve `Coach' Cady Arena or Goggin Ice Center? Did they just rename it?

I looked it up. There are 2 rinks in the Goggin Ice Center A and B pad. A is for Main events and B is for recreation. Steve Cady is the name for the A pad.
Top

Let's keep the offense rolling, and get another sweep.
Top
Post Reply
41 posts