* = Not currently on team
x = Did not qualify for Playoffs

NOTES:
-JonnyB and Kalle will be meeting in the Playoffs for the second year in a row, and in a weird format they'll be alternating Home Ice throughout the Best of 5 every game
-Speaking of, JonnyB got sent back down on 4/10 at the conclusion of LA's season
-Cholowski signed with Detroit on 4/5 and was assigned to Grand Rapids on 4/7, playing his only game in the season finale Saturday (He was a +1)
-Despite spending multiple games in the NHL, JonnyB STILL finished as Ontario's top Goalscorer with 9 more than second place and only 3 Points behind first overall!

As promised, here's how all the dudes I haven't followed (outside of the NHL) have done in their respective Playoffs (All credit to Hockeypuck for the list of names and teams a couple pages back)

SHL:
Linköpings HC (Roe, Gordon) lost in 6 in Round 1 to Brynäs IF

NLA:
Bern SC (Lasch) are in the Finals after beating EHC Biel in 5 Games in the Quarters and HC Lugano in 5 in the Semis; they currently lead EV Zug 3-2 and play Game 6 tomorrow

KHL:
Jokerit (Lauridsen) got Swept by CSKA in the first round

DEL (Not including Hano and Drew):
Fischtown (Hooton) Swept ERC Ingolstadt 2-0 in the Play-In Round but was Swept by EHC Red Bull München 4-0 in the Quarters
DEG (Conboy) missed the Playoffs by 1 Point, ironically enough to Fischtown

AIHL:
Nippon (Borer) finished 5th in the regular season and lost in the First Round to Tohoku

NAHL:
Minnesota Magicians (Meyer) currently trail Fairbanks 0-2 in their First Round Best of 5, Game 3 is Friday

MSHSL:
Moorhead (Ammerman) won the Mariucci Conference in 8AA, Swept Sections without giving up a Goal (17-0 total in 3 Games), lost to Grand Rapids in the AA Tite Game

NOTES:
-The Slovenian Championship is seperate from the AlpsHL and is contested by the teams in Slovenia from there and the EBEL
-I stole the BrockleHORSEt thing from the Husky Hockey Podcast, who in turn took it from one of the Rodents broadcaster's inability to say his name right lol
-All info gotten from Wikipedia, HockeyDB, alhockey.com (AIHL), Scoresway.com, and knowing enough German (like, 6 words lol) from following the DEL for 2+ years to figure out European sites
Conference Regular Season Titles: 1987 (NCHA), 2013 (WCHA), 2014, 2018, 2019
Conference Playoff Titles: 2001 (WCHA), 2016
Frozen Four: 1987 (DII), 2013, 2021
Hobey Baker: 2013 Drew LeBlanc!
Top 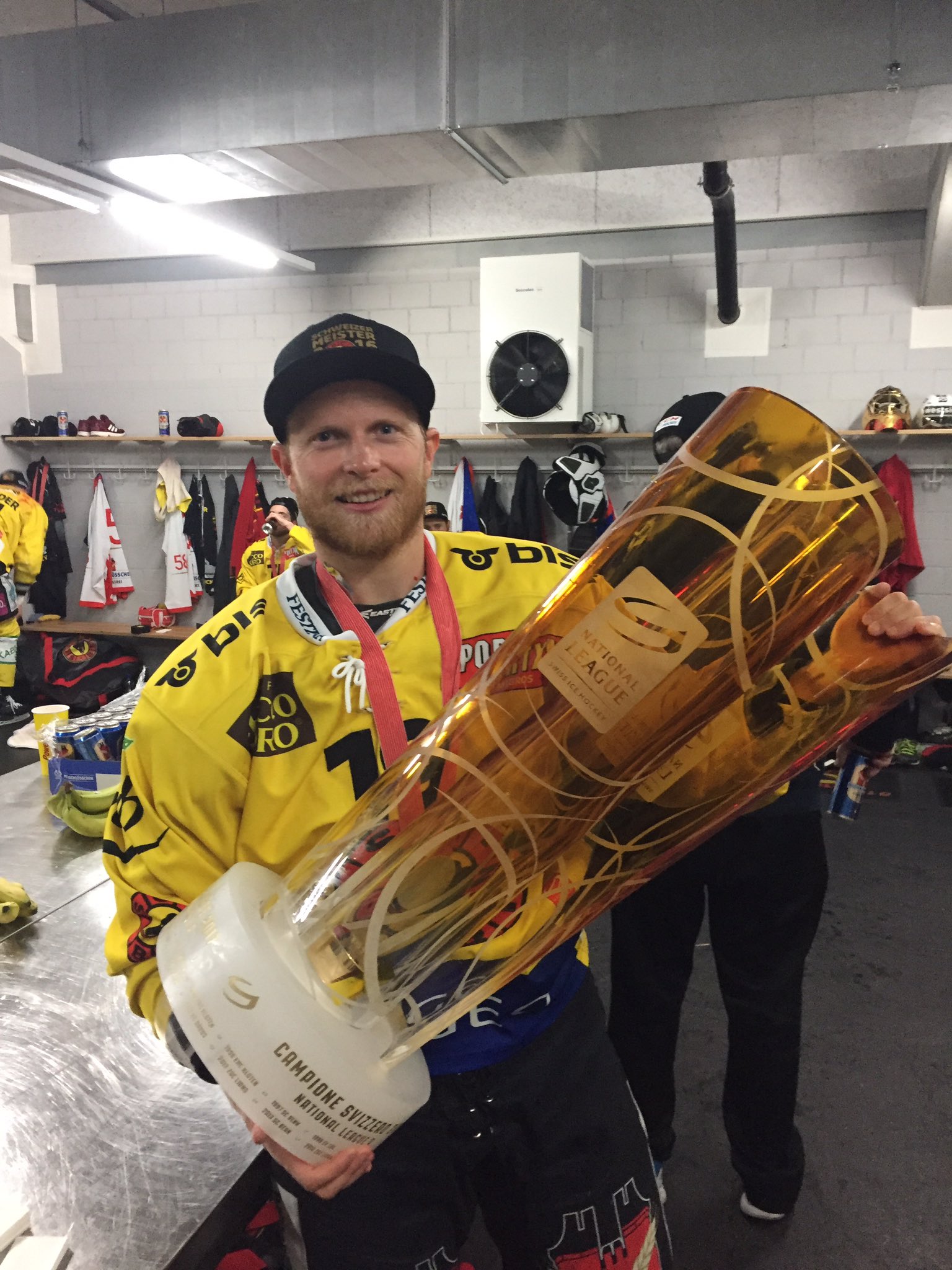 It was his second of the night!

Cholowski DNP for the Grand Rapids Griffins 4-3 OT win over the Milwaukee Admirals.

Awesome, Kalle and Jonny are both having great Playoffs and the Series is tied!