A horrendous start dooms us in a 5-3 loss

Just, what the hell was that first half? We didn’t even belong on the same ice as them for the first nearly 40 minutes

So my posts this weekend are kinda negative lol 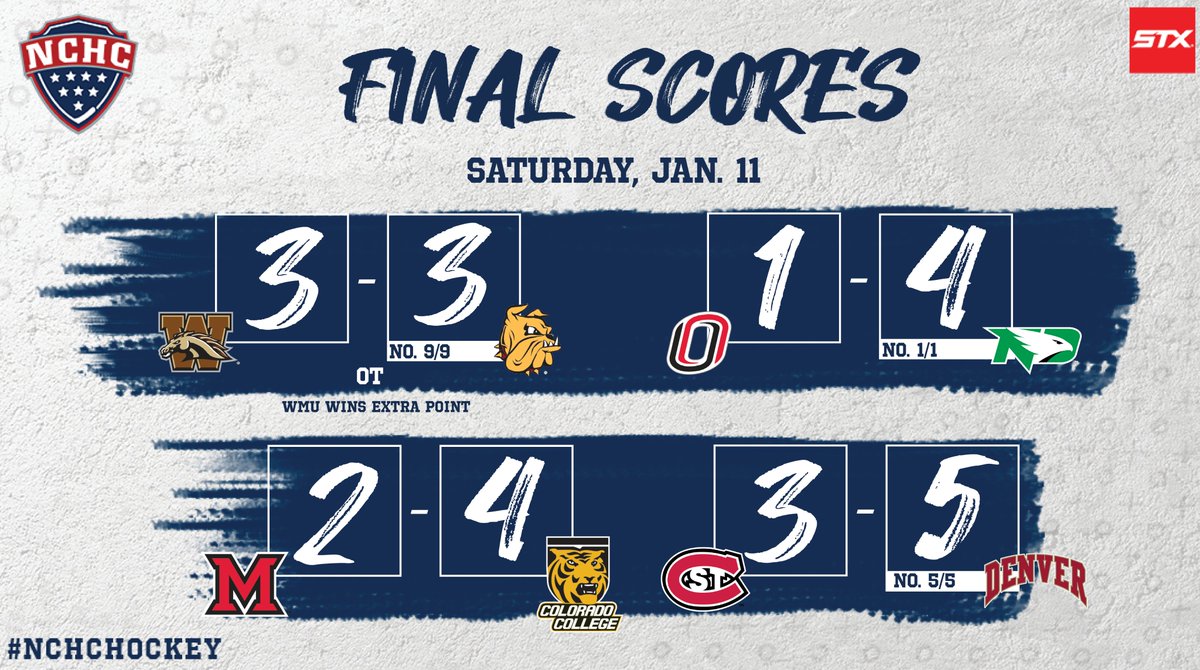 BGSU gets 5 of 6 points, Omaha gains split with North Dakota, UMass, BC defeat each other on the road: Weekend Review podcast Season 2 Episode 14

Pairiwise math is looking pretty iffy at this point, If they somehow win something like 7 of 8 maybe they get on the bubble, but short of NCHC playoff's this is now a development year.
Top

No Huskies this week...
The NCHC
‏@TheNCHC
14h14 hours ago
More
Strong showings in the return of conference play landed these four @BauerHockey #NCHCHockey weekly honors

therinklive.com
SCSU's Sam Hentges 'questionable' for UMD series, 2 goalies play
The Huskies' leading scorer and Wild draft pick missed last weekend's series with a lower body injury and may not be able to play this weekend. Goalies Jaxon Castor and David Hrenak both played against Pioneers and could both play this weekend.

Mick Hatten
‏@MickHatten
5h5 hours ago
More
“There have been times, it was tougher than others... You’ve got to come in with a positive mindset each day... If you do that and keep working hard and sticking with it, things will pay off." Former @WBLHS_Hockey/@TriCityStorm F Jake Wahlin

therinklive.com
White Bear Lake's speedy Jake Wahlin has adjusted to different role at SCSU
Senior wing brings his speed, high energy to the Huskies and is having his best college season. 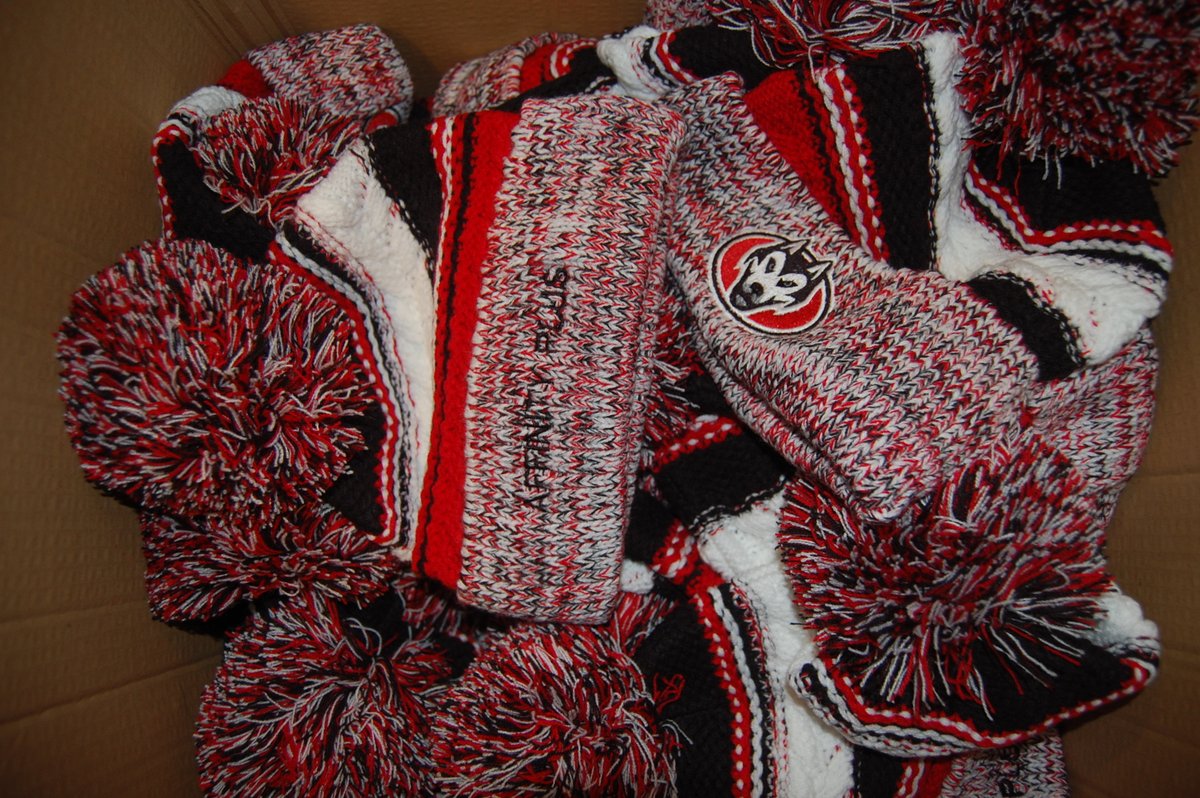 The NCHC
‏@TheNCHC
Jan 14
More
A wraparound, a stellar stick stop & shorties by blueliners abound... on the @TRIAOrthopedics #NCHCHockey Top 5 Plays of the Week 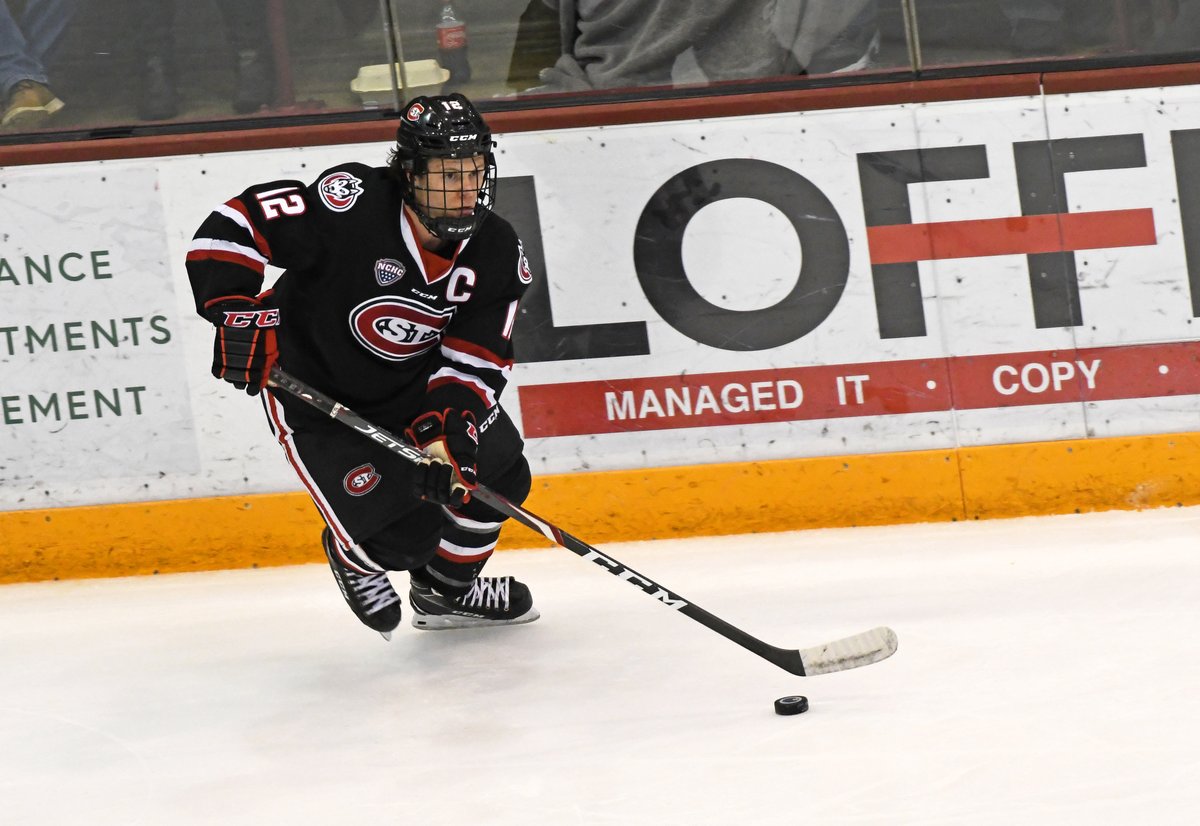 SCSU Men's Hockey
‏@SCSUHUSKIES_MH
14h14 hours ago
More
Be one of the 1st 500 fans through the south atrium main entrance on Jan. 17, and you will receive one of these cool winter caps!
http://scsutickets.com" onclick="window.open(this.href);return false; https://scsuhuskies.com/news/2020/1/16/ ... an-17.aspx" onclick="window.open(this.href);return false; … 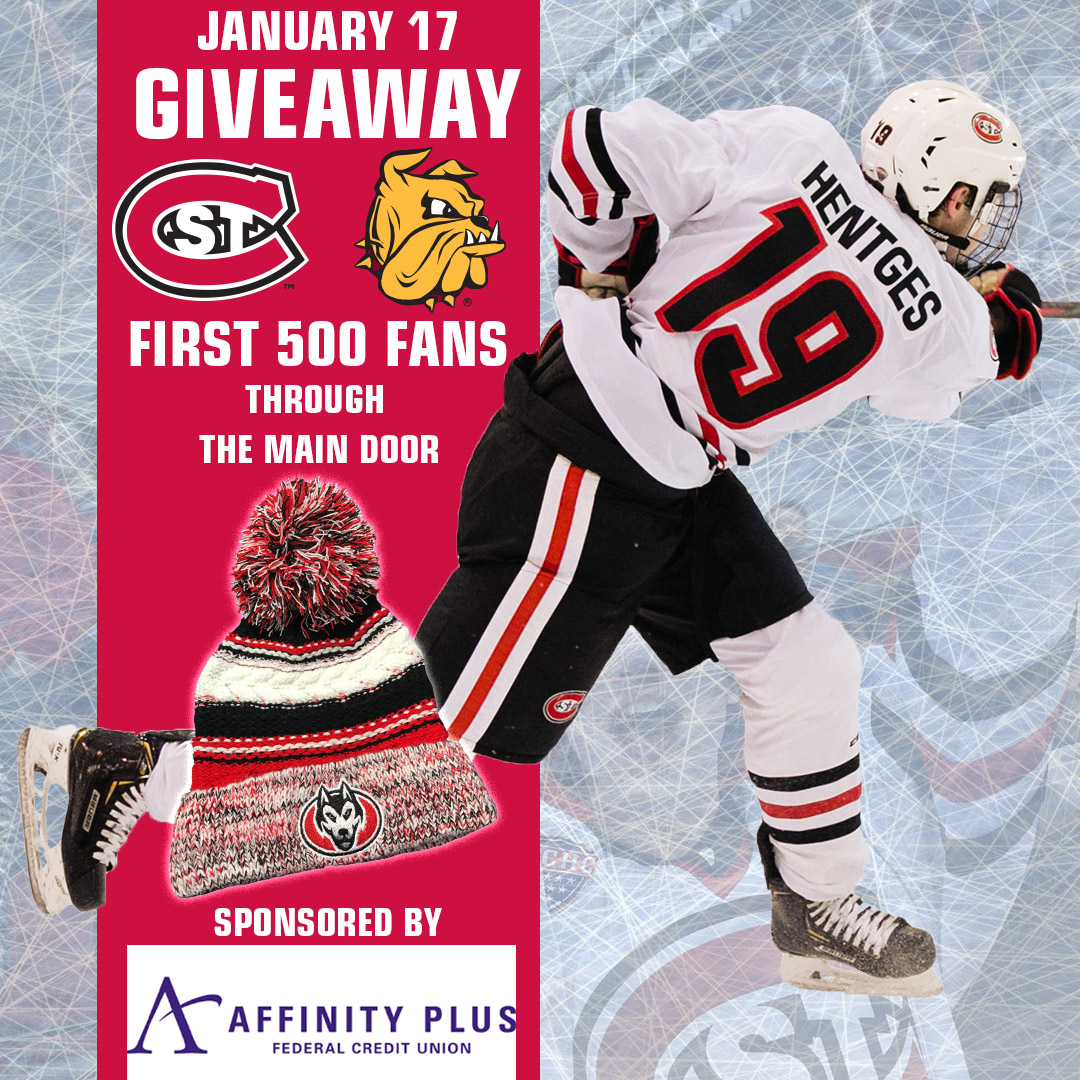 The NCHC
‏@TheNCHC
12h12 hours ago
More
In today's #NCHCHockey 'Top Moment' built by @AcmeTools, we look back at the race for the first #PenroseCup, won by @SCSUHUSKIES_MH on the final night of the 13-14 regular season

SCSU has also won the last 2, with the 3 Cups the most in the conference 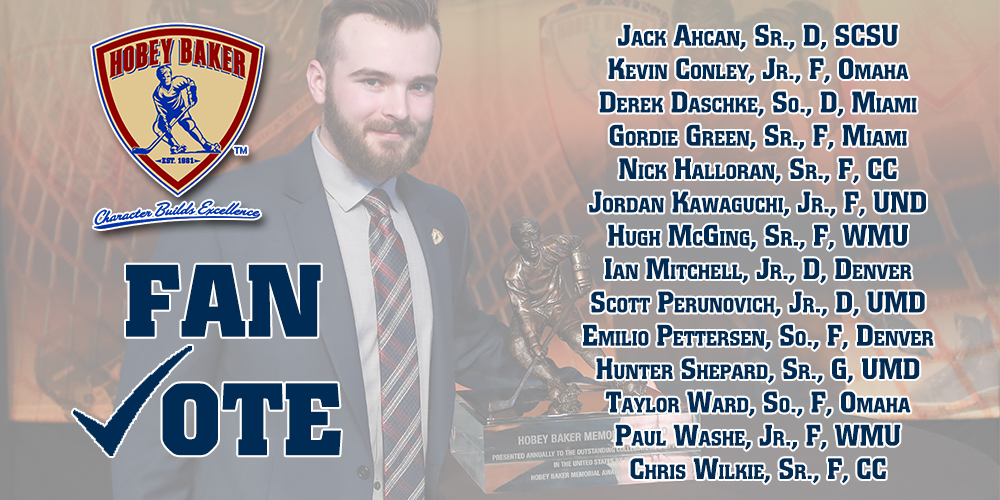 The best Series of the season is upon us!

This is always my favorite Series of the year, The Dogfight is a rivalry between two equally matched teams with great fanbases that respect one-another

I think it's gonna come down to if Hentges plays; not that we played terribly without him, but he's such a difference maker and has proven to be worth a Goal a game this year (basically, he's only been held off the scoresheet like twice so far)

The first round of The Dog Fight goes to St. Cloud State by a score of 2-1!
Awesome game

Hrenak was AMAZING! He stopped 32/33 shots!
Dude is so much better than his numbers show

The NCHC
‏@TheNCHC
1h1 hour ago
More
The Huskies take advantage of a couple bounces, and hold off UMD to snap a 3-game skid 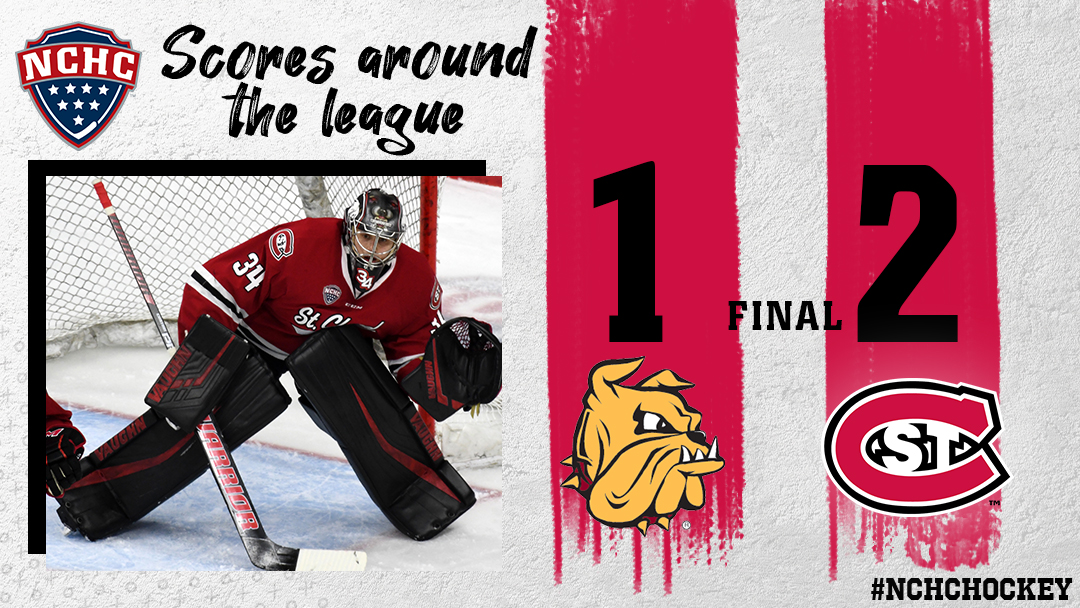 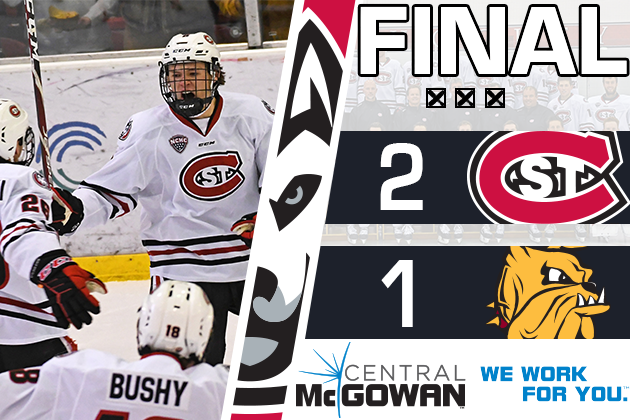 Coach mentioned on the pregame last night that Sam Hentges is still day to day and might be back next week. Doesn't want to bring him back too early and then he's done for the season.
On the postgame radio show, Dave Reichel interviewed Blake Lizotte. He was at the game and stopped in the locker room after the game. He said it was a great game vs Duluth he loves it here and will be back and ready in LA shortly. 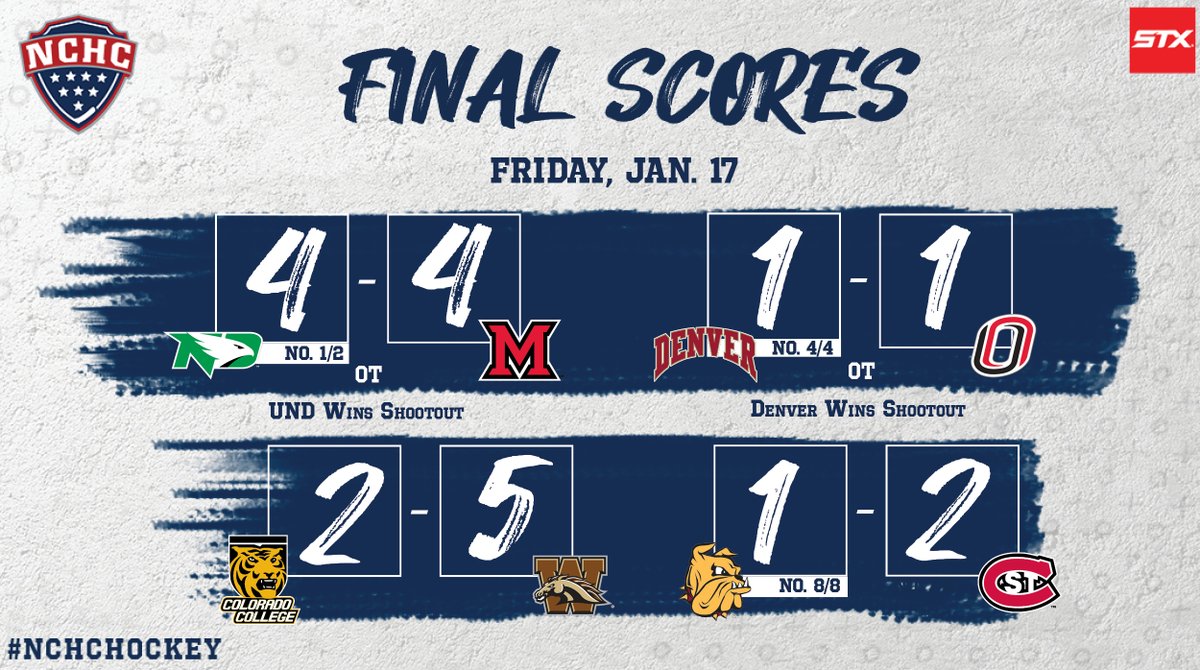 therinklive.com 17Jan20
A look at SCSU recruits, how the Huskies can rebound against UMD, the number of directions college players get pulled
Mick Hatten of The Rink Live talks St. Cloud State, college hockey on WJON's "Hang Up and Listen" show on Jan. 17

18Jan20
Thumbs up, thumbs down, three stars: Bulldogs fail to get pucks and bodies to the net in loss at St. Cloud State

Josh Fenton
‏@Fenton_JC
2h2 hours ago
More
Today is #HDM2020 and the NCHC is proud to be part of it with @SCSUHUSKIES_MH and @UMDMensHockey facing off at 4 p.m. CT on @fsnorth+. Thanks to our partners, @mnwild and FSN for helping us remember why we love this great game! #StateOfHockey
Top
Post Reply
401 posts