Ryan Poehling being a veteran was a scratch in the first preliminary game Thursday night.
U.S. Edges Russia, 3-2, in 2019 WJC Pre-Tournament Tilt

I'll always have more rooting interest for the Huskies, but of the hockey I watch with mild (it rhymes with Wild for a reason) rooting interest the world juniors is the best. Pacific time zone is great given I don't have these weeks off this year. If only they played true playoff overtime.
Top

NHL network is doing a preview of Team USA,
Dave Starman had a lot of good things to say about Ryan Poehling.
Lot's of hype about how the team will do this year. Brian Lawton, Mel Pearson also on...
Canada is the defending champion, Team USA took third.

The 2019 WJC starts Wednesday and runs through Jan. 5 in Vancouver and Victoria, British Columbia. The U.S., which will play its preliminary-round games in Group B, opens the tournament against Slovakia at Save-On-Foods Memorial Centre in Victoria on Wednesday (6:30 p.m. ET; NHLN, TSN). Also in Group B are Finland, Kazakhstan and Sweden.
Top 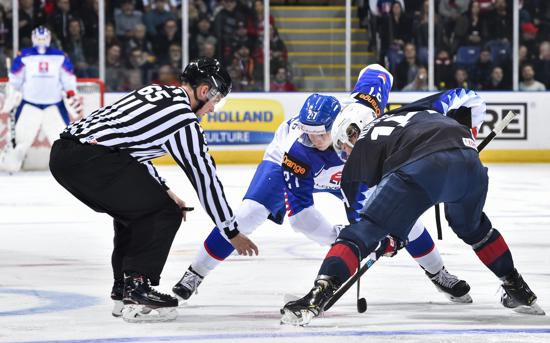 The NCHC
‏@TheNCHC
7h7 hours ago
More The NCHC Retweeted USA Hockey
The #NCHCHockey quintet in the lineup for #USAWJC tonight with Poehling back at center and the top D-pair all Bulldogs
TV: @NHLNetwork | Time: 10:30pm ET
usahockey
Follow Follow @usahockey
More
Here's how #TeamUSA will line up to open its matchup against Kazakhstan. #USAWJC 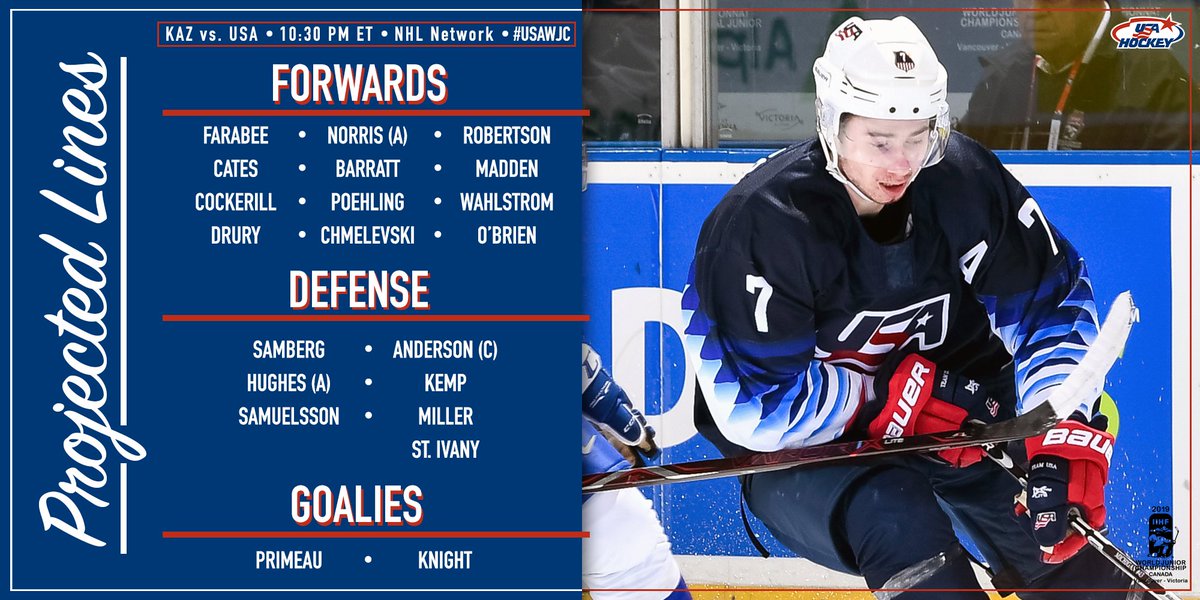 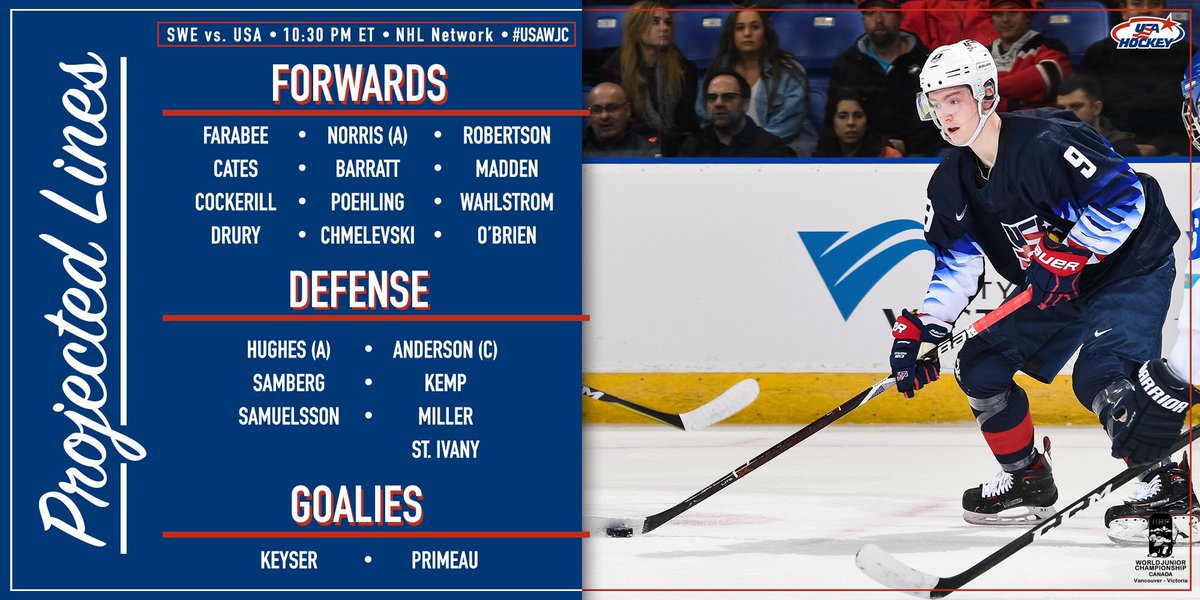 OUR BOY RYAN WITH THE NATURAL HAT TRICK IN THE THIRD TO TIE UP SWEDEN 4-4!!!

That was AWESOME!!!
Top

Went to bed down 2-0 woops, of course had I stayed up until it was 4-0 I would have gone to bed anyways. I think this officially makes him the greatest Husky player while I'm sleeping as I slept during the North Dakota between the legs goal last year too.
Top

That was quite the comeback! Ryan Poehling played outstanding throughout the game on both ends. Ryan was back at center replacing Jack Hughes. 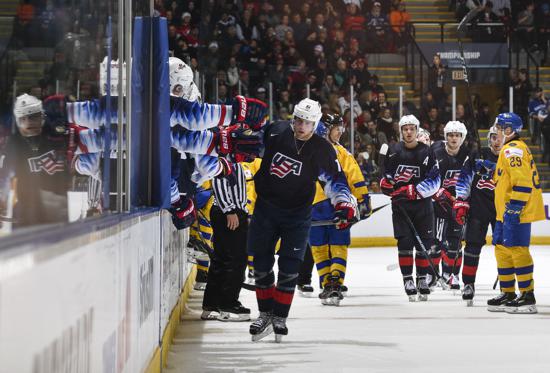 The NCHC Retweeted
USA Hockey
‏@usahockey
3h3 hours ago
More
"I thought we played really well the last 10 minutes, but this shows you have to play a full 60 and that's what we're looking to do next game." 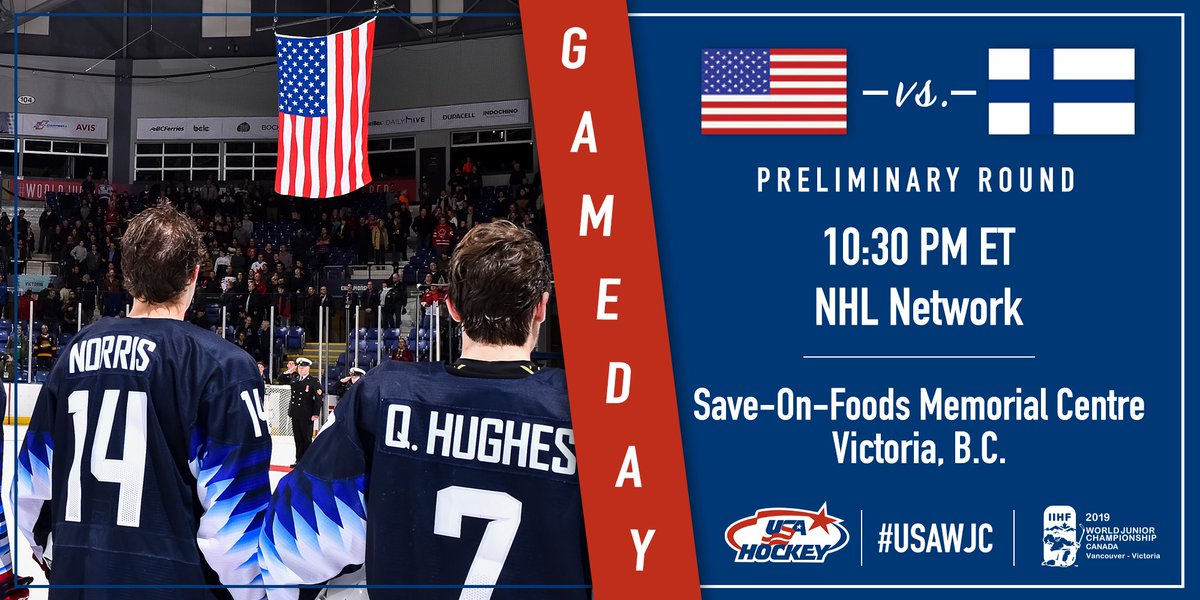