27Dec18 Exhibition SCSU Huskies vs US NTDP U18 Team

The Huskies come up short against Team USA, 6-4

Frustrating game for sure, the guys just didn’t seem to really be into it for stretches 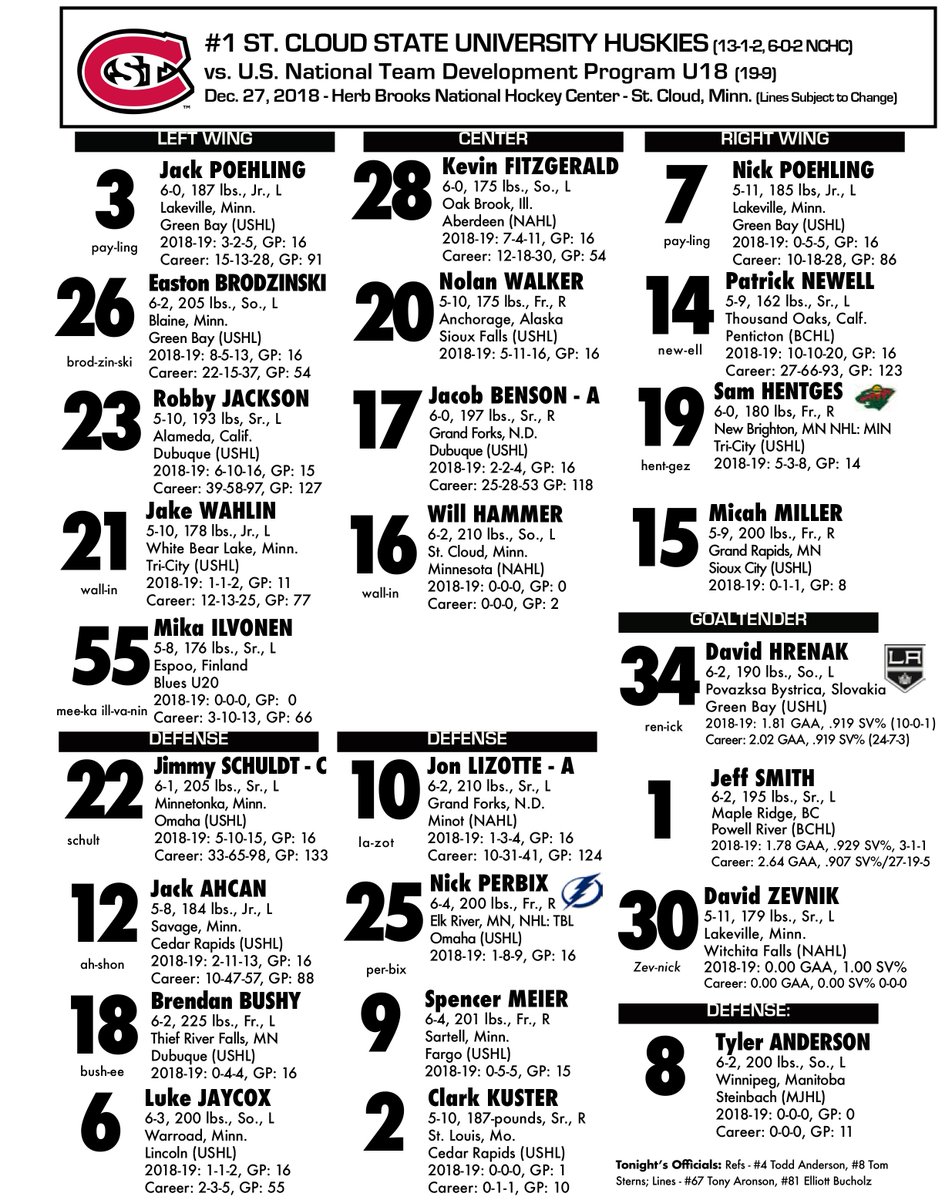 Nice to see Mika Ilvonen(fwd), Mica Miller, Will Hammer and Clark Kuster in the line-up. Tyler Anderson is back from injury. Ryan Poehling was at World Jrs and looks like Blake Lizotte was the only one who sat out. David Zevnick DNP.

Looked like the Caufield's brought a whole section of fans- a lot of #14's- Judd from Grand Forks ND. I was impressed by the skill - picking passes out of the air and their big and fast center-men esp #17 and #11. #13 Cole Caufield(Stevens Point Wisc) had a nice toe drag move in the slot and then shot it over the net.

nchchockey.com
HUSKIES TRIPPED UP BY U.S. U-18 TEAM LATE IN EXHIBITION THURSDAY
SCSU FALLS, 6-4, IN RETURN FROM BREAK AS U-18 TEAM BREAKS 4-4 TIE IN FINAL MINUTE
Top
Post Reply
4 posts • Page 1 of 1