SCSU Men's Hockey@SCSUHUSKIES_MH·9m
We got lines! 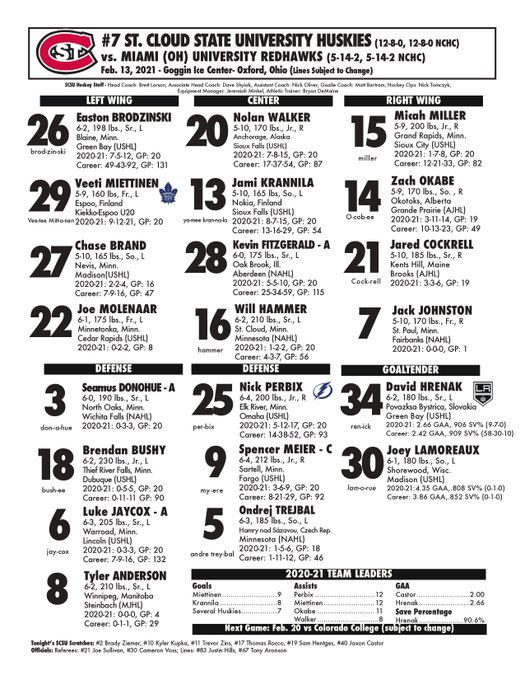 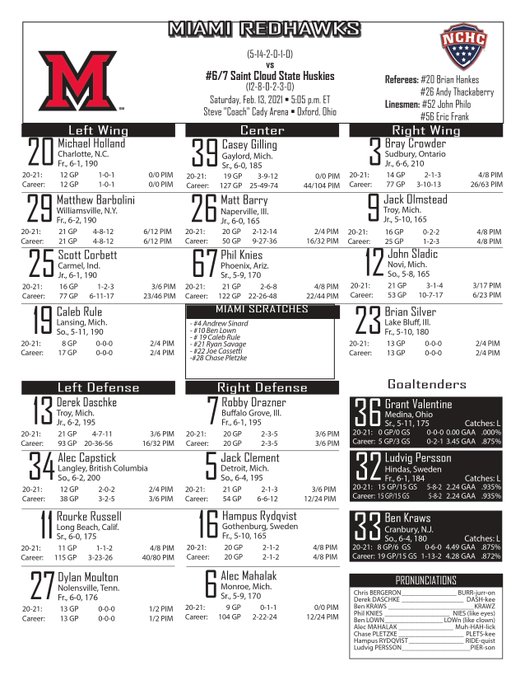 5 on 3's are against the rules I guess. But when 2 guys grab brodzinski by the neck and these cowards call a penalty on brodzinsi they had no trouble gifting Miami a 4 on 3. Don't worry the next call is going against the huskies we've had one to many power plays.
Top

Whew, big win! Getting De Ja Vu vibes. Finally snapped out of it. Congrats to Brendan Bushy on his first collegiate goal!

SCSU Men's Hockey@SCSUHUSKIES_MH·3m
The Huskies are red,Miami is blue.
Because St. Cloud State just wonGame No. 2!

@SCSUHUSKIES score three goals in the third to rally for a 4-2 win at Miami! 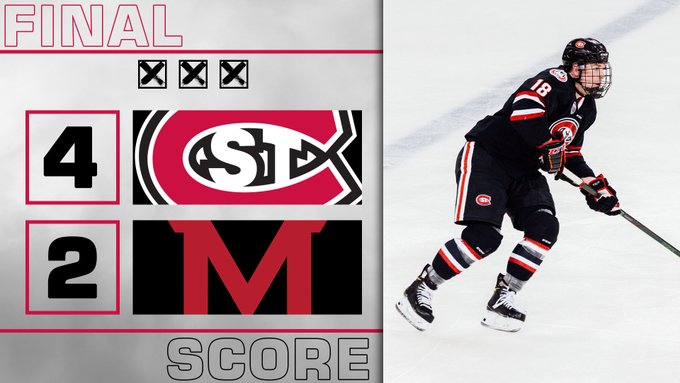 Honestly, I thought we played great all weekend outside of the Power-Play

Great third, the kind of period we should have seen 4 or 5 times this weekend. Glad nothing more came of the scrum at the end. Donahue should have expected it but that looked like a suckered punch, could have got nasty with everyone on the ice. At first I thought after the stick salute the huskies were gonna physically chase Miami off the ice, but permit calmed everyone down as they had to cross paths to exit.
Top SCSU Men's Hockey
No. 7 Huskies rally for 4-2 win at Miami Brendan Bushy scored the first goal of his collegiate career in the Huskies 4-2 win over Miami.
Top 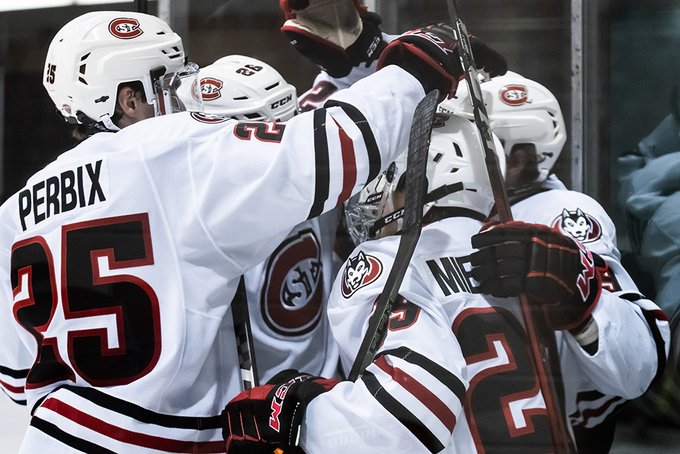 Lots of stuff in here about the NCAA's, but a couple keys:
- The tournament is still set to be played as scheduled in 4 Regionals and the Frozen Four in Pittsburgh
- All 6 Conferences will receive one auto-bid, no matter how many games played; this can be for either Conference Title, it's the Conferences' choice
- The traditional PairWise formula will be used, but there will be significant flexibility and subjectivity used. The six criteria, outlined in the NCAA memo includes:

No. 7 Huskies to host CC at high noon Saturday Interesting that we're being like Miami of Ohio and doing Senior Night early, we still have one more Home game next week as part of the Home-and-Home with UMD to finish the Regular Season SCSU Men's Hockey@SCSUHUSKIES_MH·2h
We welcome in CC for a rare one game showdown! Make sure you are ready with the Men's Hockey Weekend Preview, hosted by
@rachelmariee24! Tune in now and you could walk away with a new SCSU Huskies Winter Hat!! https://youtu.be/QD6Tb9cj7Zc #HuskyHockey #SCSUHuskies #NCHCHockey

therinklive.com
A video look ahead to Saturday's Colorado College at SCSU game
The Rink Live's Mick Hatten breaks down the NCHC game between the Tigers and Huskies
Top
Post Reply
526 posts