SCSU HUSKIES
‏@SCSUHUSKIES
Oct 8
More
Huskies Hockey Fans! Come out to the next @SCSUHUSKIES_WHK & @SCSUHUSKIES_MH home series to partake in the Annual @Wolters_Kluwer Skate With the Huskies event on Saturday, October 26th after the conclusion of the men's game. 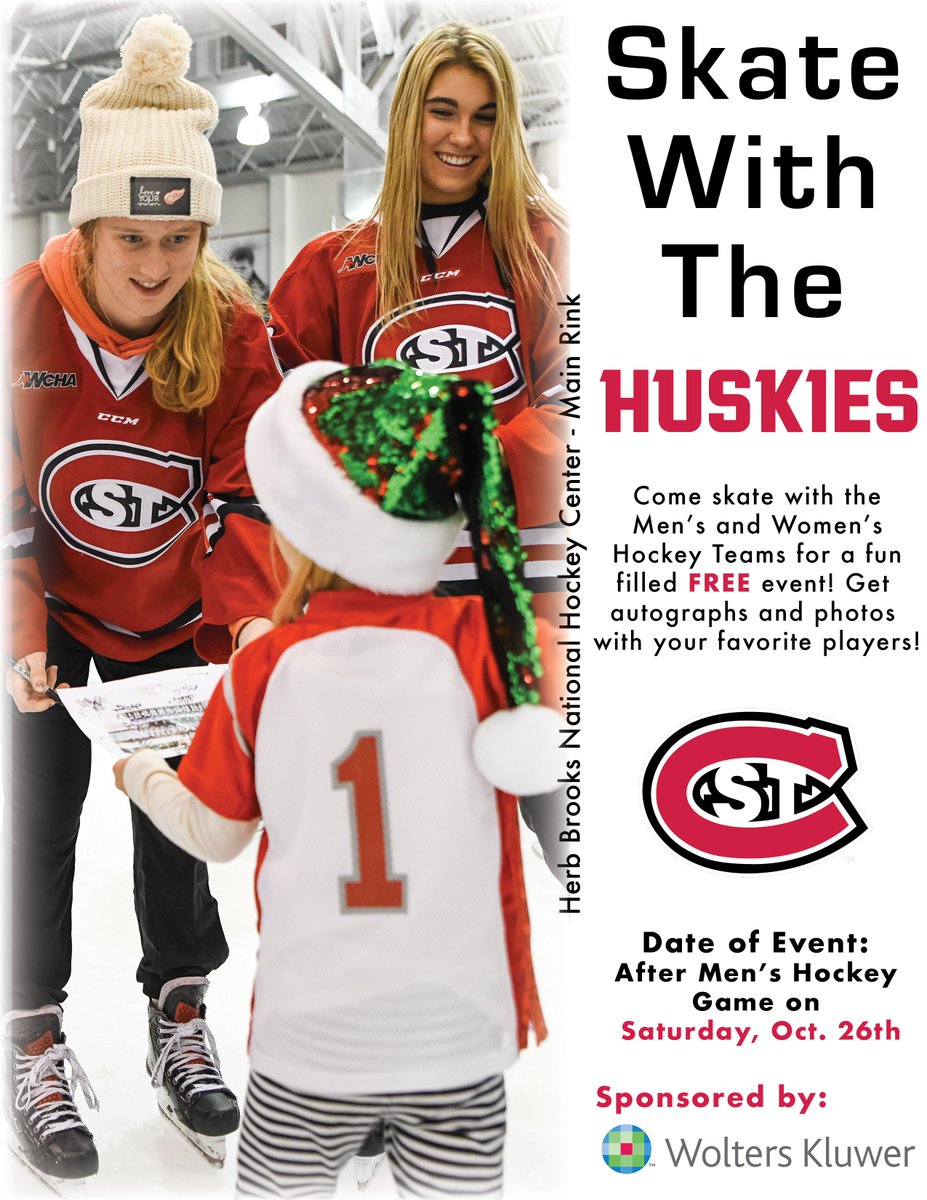 CenterIceView
‏@CenterIceClub
10h10 hours ago
More
I had a nice conversation with Bemidji State head coach Tom Serratore this AM and I'll post his thoughts on his team and the SCSU matchup in this weeks CenterIceView series preview which will be posted tomorrow. #SCSUHockey (Photo Prout) 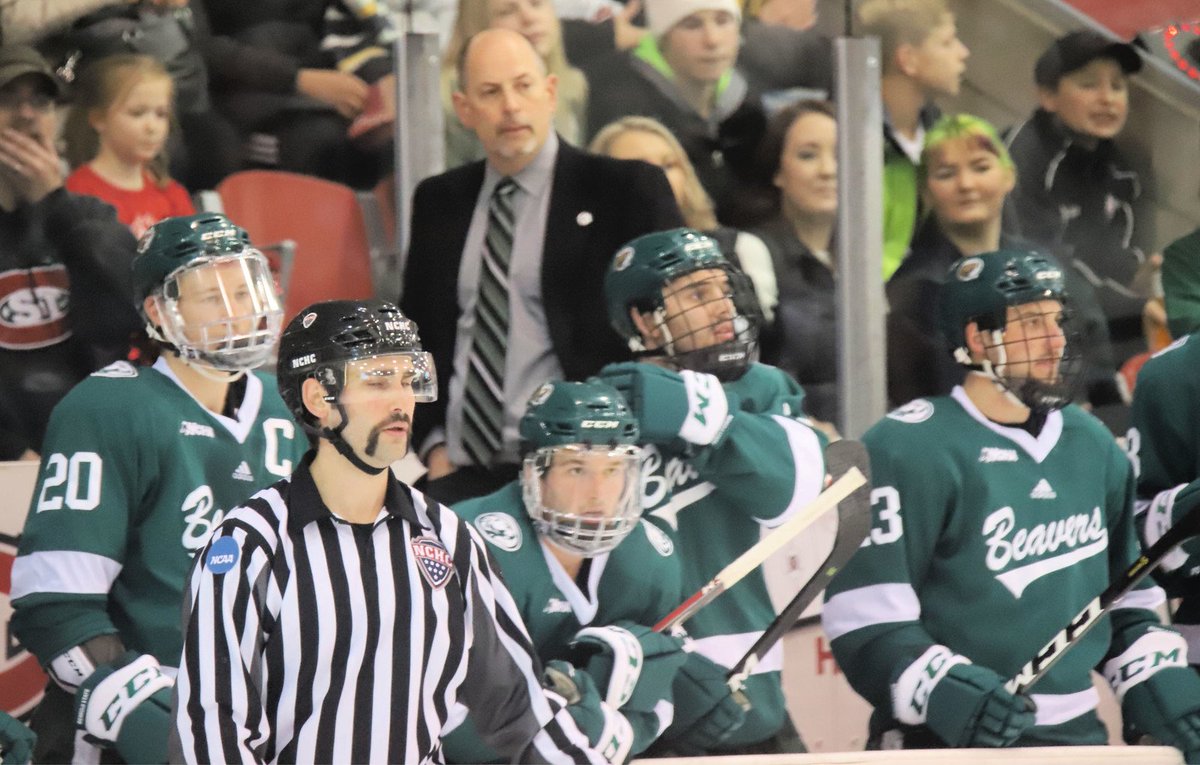 CenterIceView
‏@CenterIceClub
10h10 hours ago
More
For the @SCSUHUSKIES_MH fans heading to Bemidji this weekend, I'd encourage you to leave early Friday and catch the luncheon at 11:45 at the Tavern on the South Shore. All fans welcome. SCSU coach Brett Larson will join BSU coach Tom Serratore.
http://www.tavernonsouthshore.com" onclick="window.open(this.href);return false;

So now that WCHA TV is gone and the conference is just on Flohockey, the only options now are a Monthly or Yearly subscription 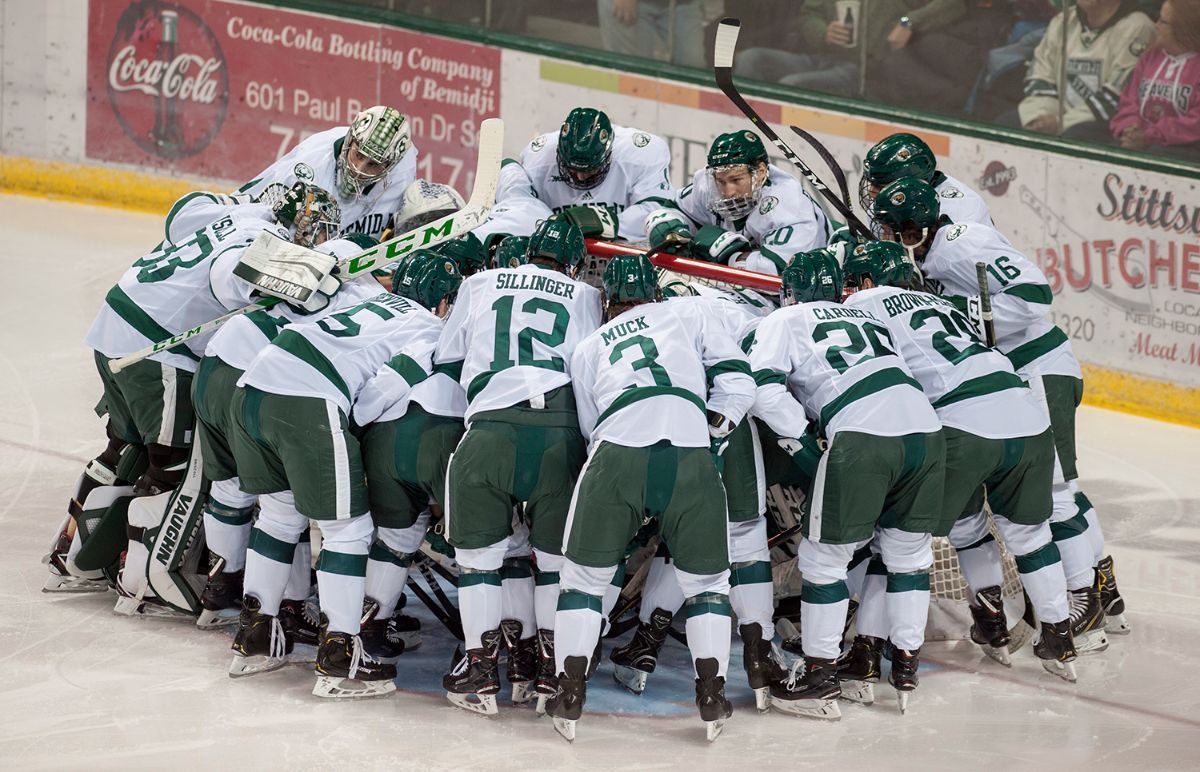 The two best teams in college hockey going head-to-head, this is gonna be a great weekend! 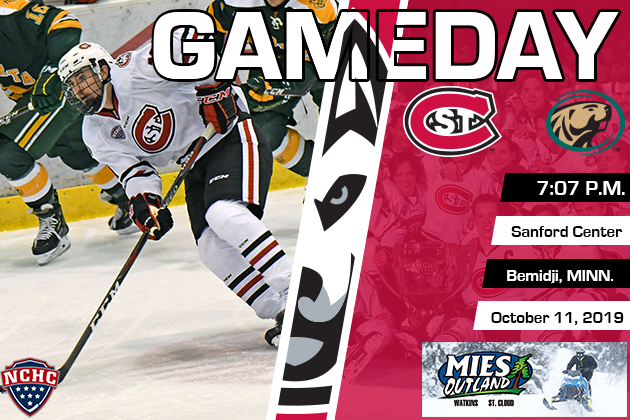 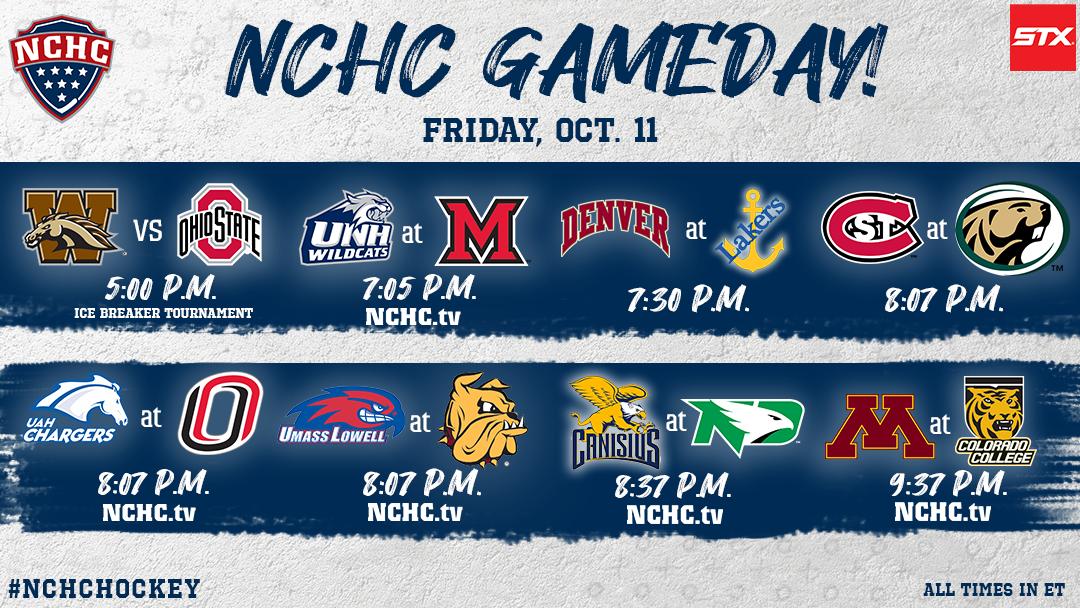 Looks like NCHC.TV will not carry the Bemidji series. Disappointing.
Top 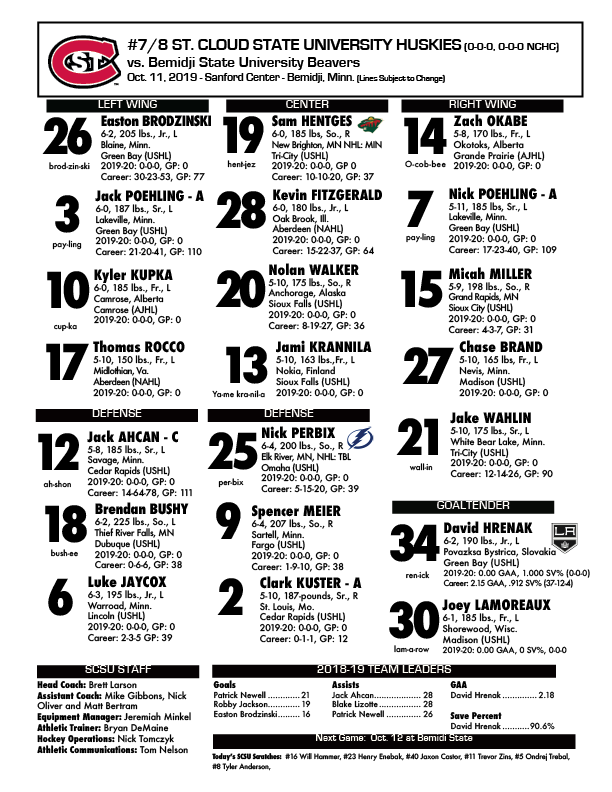 Why would they? It's in Bemidji lol 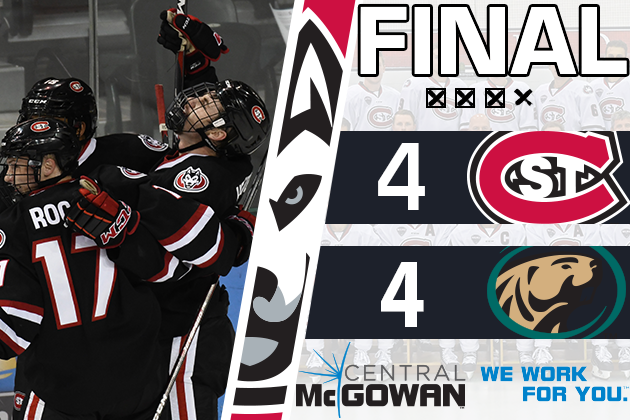 Down 4-0 in the Third, the Huskies rally to get the tie!

We scored TWO Shorties on a Major Kill!

To say the Second was rough would be an understatement, but they’ll clean stuff like that up with time and experience

Can’t blame Hrenak on any of the Goals either, dude had no chance on any of them, ESPECIALLY that bizarre 4th tally

I have no doubt this team has guys who can put picks in the back of the net, but the issue is finding some playmakers. Hopefully we find the next pat Newell quick. I guess an opening night road tie is an ok result. Build off it.
Top 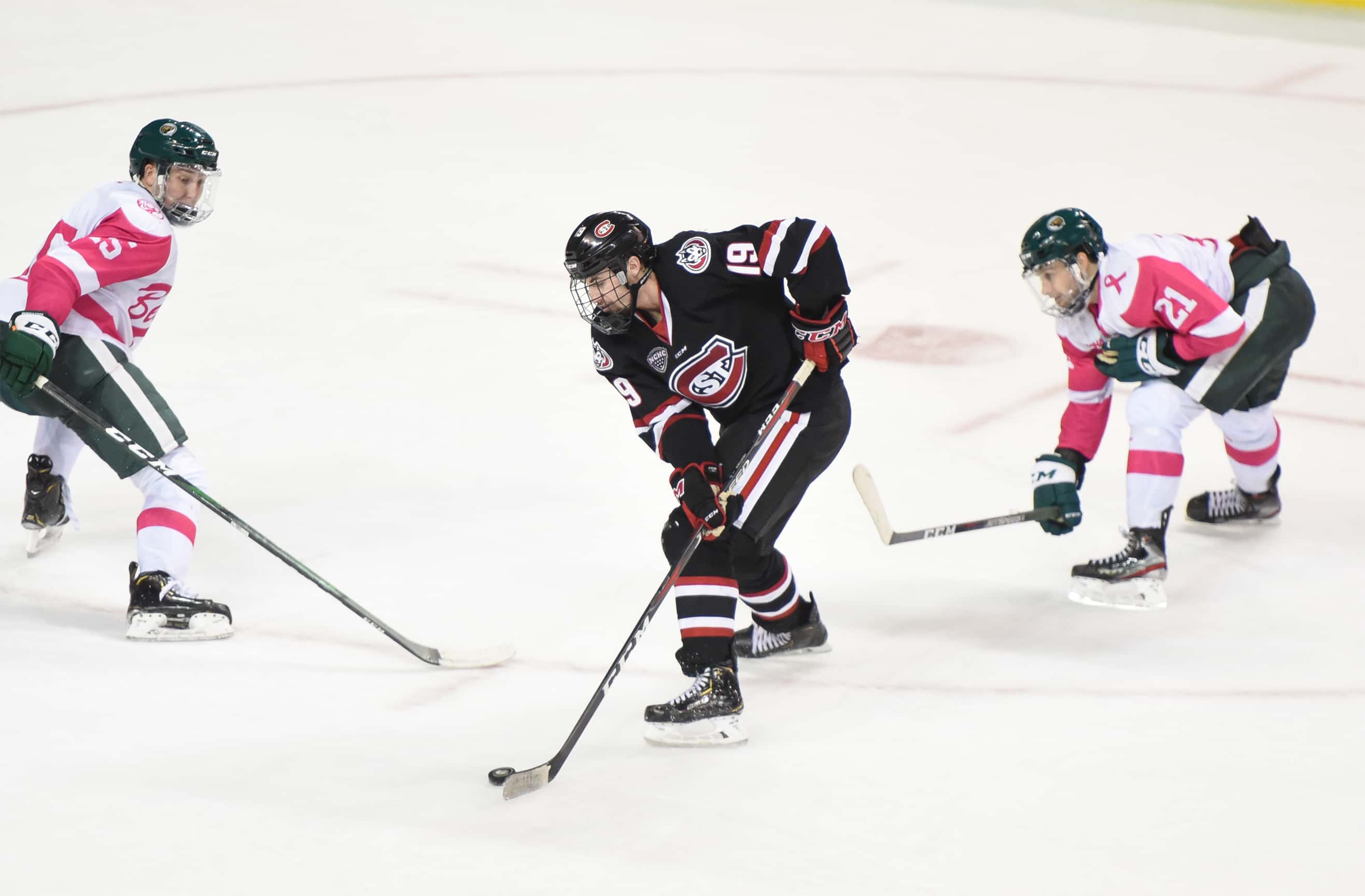