SCSU Men's Hockey
‏@SCSUHUSKIES_MH
15h15 hours ago
More
Have you reserved your spot for the 2nd Annual Huskies Hockey Puck Drop Breakfast? If not go to http://bit.ly/2019HuskiesPuckDropBreakfast" onclick="window.open(this.href);return false; … to register for the event on Saturday, September 21st. 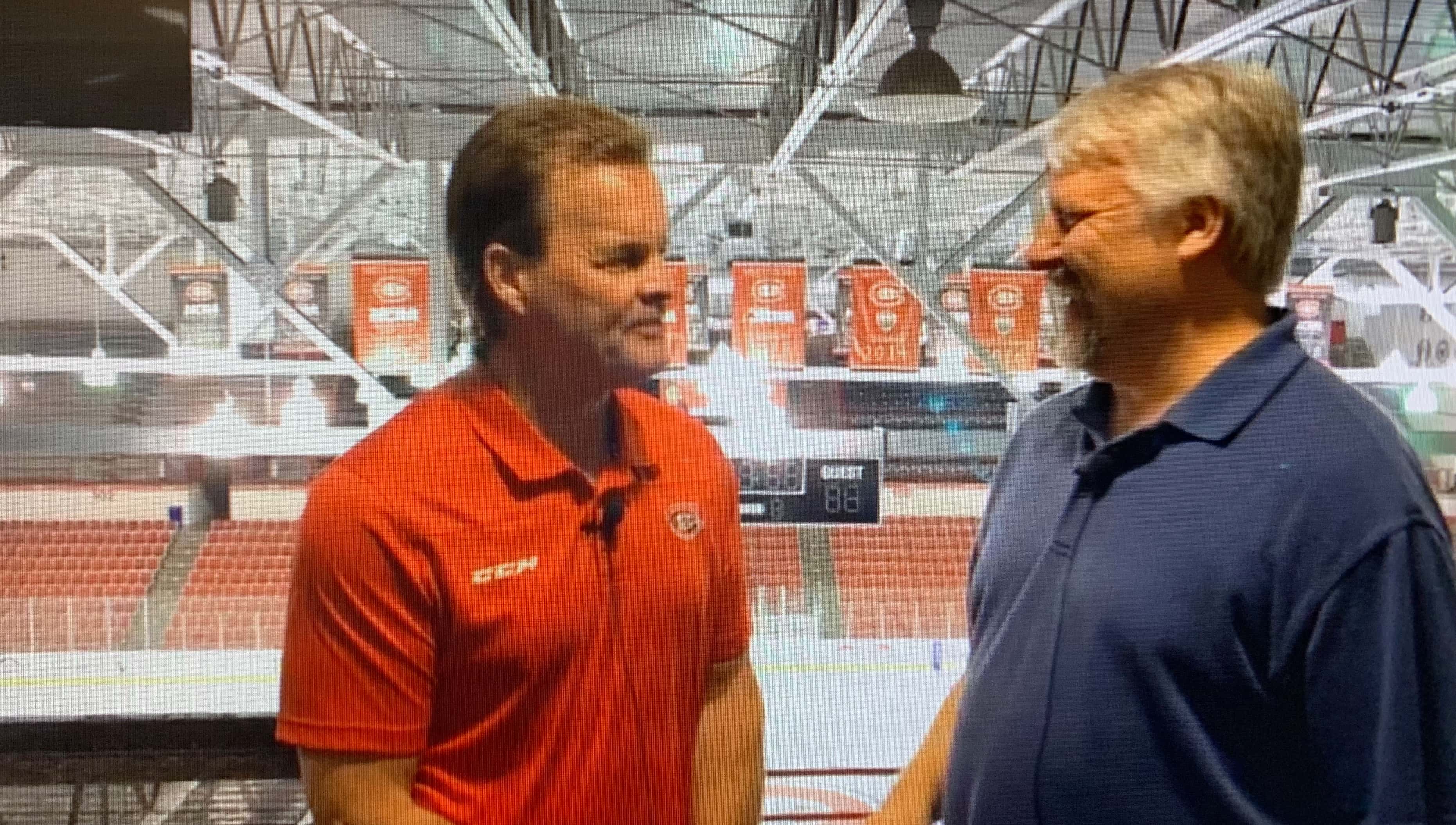 Robert LaPlante
‏@laplante71
13h13 hours ago
More Robert LaPlante Retweeted CenterIceView
Former STMA @knights_hockey defenseman Trevor Zins (@trevorzins7) will be a freshman on this year's @SCSUHUSKIES_MH team. Zins is listed as No. 11 on the roster.
Top

Bruce Ciskie
‏@BruceCiskie
2h2 hours ago
More
At the request of @GOHUSKIESWOOOOO, I'm going to deliver the listing of @TheNCHC teams ranked by actual number of returning goals this season.

You can pay me later in Google Play gift cards.

SCSU Men's Hockey
‏@SCSUHUSKIES_MH
4h4 hours ago
More
Hockey Fans! Get your tickets for @SCSUHUSKIES_MH games on Oct. 6, Oct. 25-26 and Nov. 1-2 for ONLY $10! To get the deal go to http://SCSUTICKETS.com" onclick="window.open(this.href);return false; , pick the game you want then click on the Group Sales tab and enter Promo Code: FLASH. #FlashSale #PackBrooksCenter

Thomas Rocco – 5’9″ 170 (Downingtown, PA) Forward
Following the Aberdeen Wings NAHL Robertson Cup Championship in May, the Huskies received a commitment from Rocco, a left shooting forward from Pennsylvania. I believe this is the first Husky recruit ever from the state of PA.

Not sure how you could forget Ryan "Bugsy" Malone from Pittsburgh PA.
Top

Had a suspicion I was going to blow it on that one! I should have done a better job checking the player list. thanks for the correction and it's been updated!Keepup the good work!
Top

CenterIceView
‏@CenterIceClub
Sep 2
More
"It was an unbelievable four years. I couldn’t have asked for a better opportunity, a better school, a better staff in all four years." Former @SCSUHUSKIES_MH Jon Lizotte (Photo Prout) 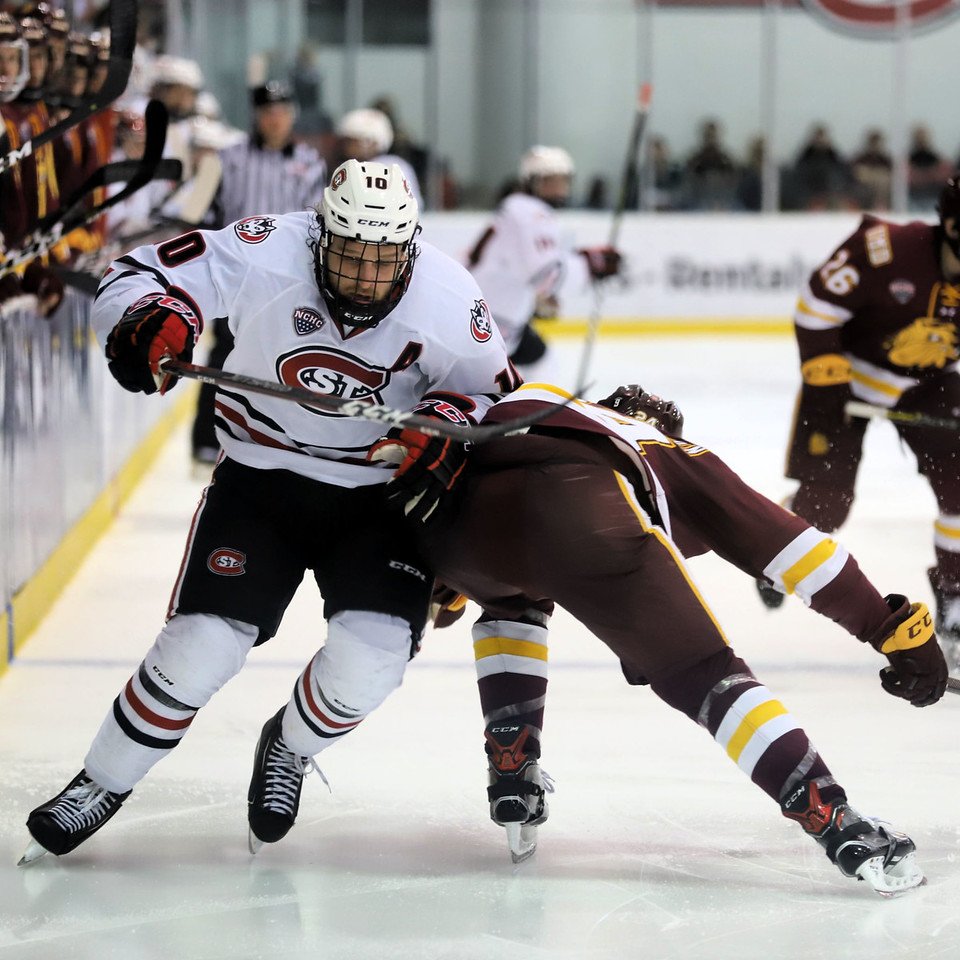 CenterIceView wrote:Had a suspicion I was going to blow it on that one! I should have done a better job checking the player list. thanks for the correction and it's been updated!Keepup the good work!

Found another one from PA...Elite Prospects has all the rosters till about 88 then partials. Vic Brodt is from Roseville- they didn't have his birthplace listed, my cousin introduced me to him the night of the 91 Halloween blizzard at DB Searls.

Not from PA but I remember Fr Bryce Johnson from Grimes IA left SCSU early-season (3 games) 2010-11 and went back to the Omaha Lancers and the following year he went to Penn St (ACHA). The following year (2012-13) they joined D1. He then left them to go back to the ACHA (Univ. of Oklahoma ) for 2.5 years (averaged about 1.5 pts a game).
Top

hockeypuck wrote: my cousin introduced me to him the night of the 91 Halloween blizzard at DB Searls. 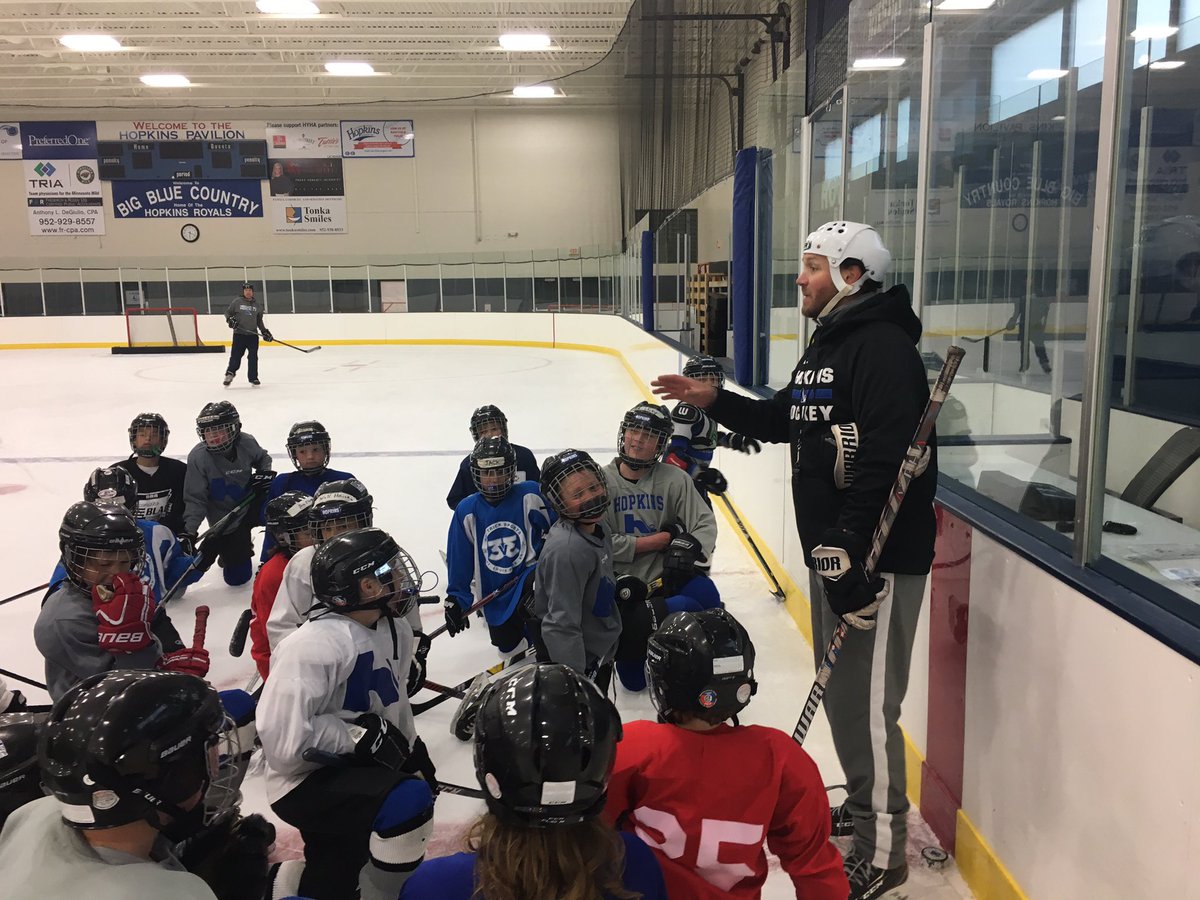 Nic Dowd sighting...directly behind Lauren.
TJ Oshie
‏@TJOshie77
24h24 hours ago
More
It’s a boy!! @laurencosgrove3 and I are so happy our 2 girls get to have a baby brother. Excited to show this little man the ropes. #Boy 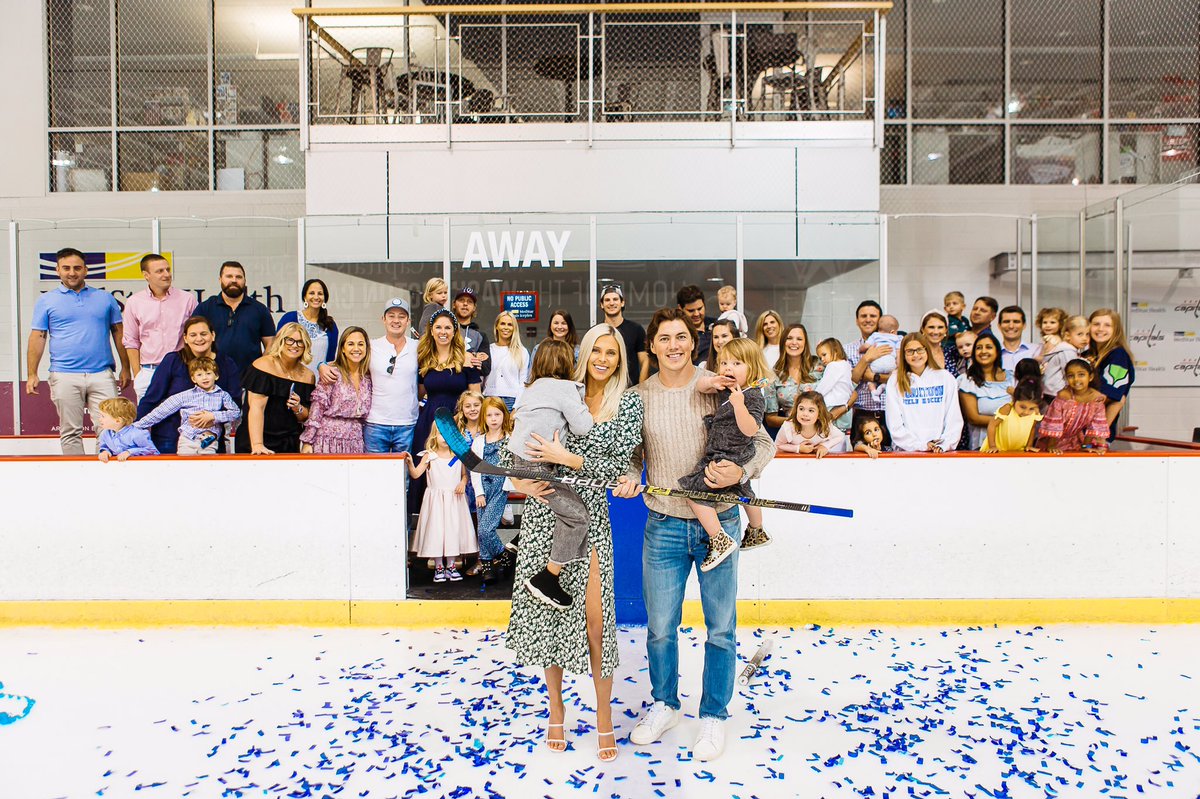 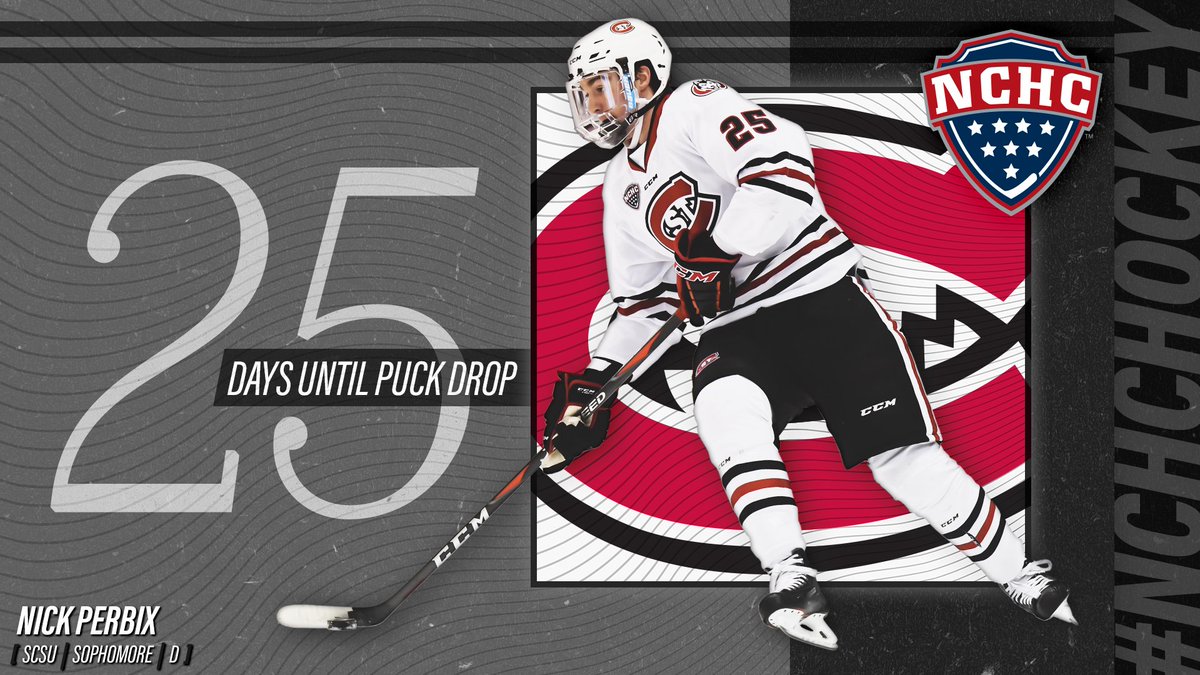 Katie graduated St. Cloud back in 2018 and is now the Flyers live pre and post game host for NBCSP. She will make her hosting debut on Friday October 4th

The Dog Pound
‏@SCSUDogPound
Follow Follow @SCSUDogPound
More
INTRODUCING...THE FIRST EVER DOG POUND T-SHIRTS! This week we’ll be selling them around campus for $10 starting Monday from 12-2 in Atwood!
BE APART OF THE LEGACY! JOIN THE POUND! 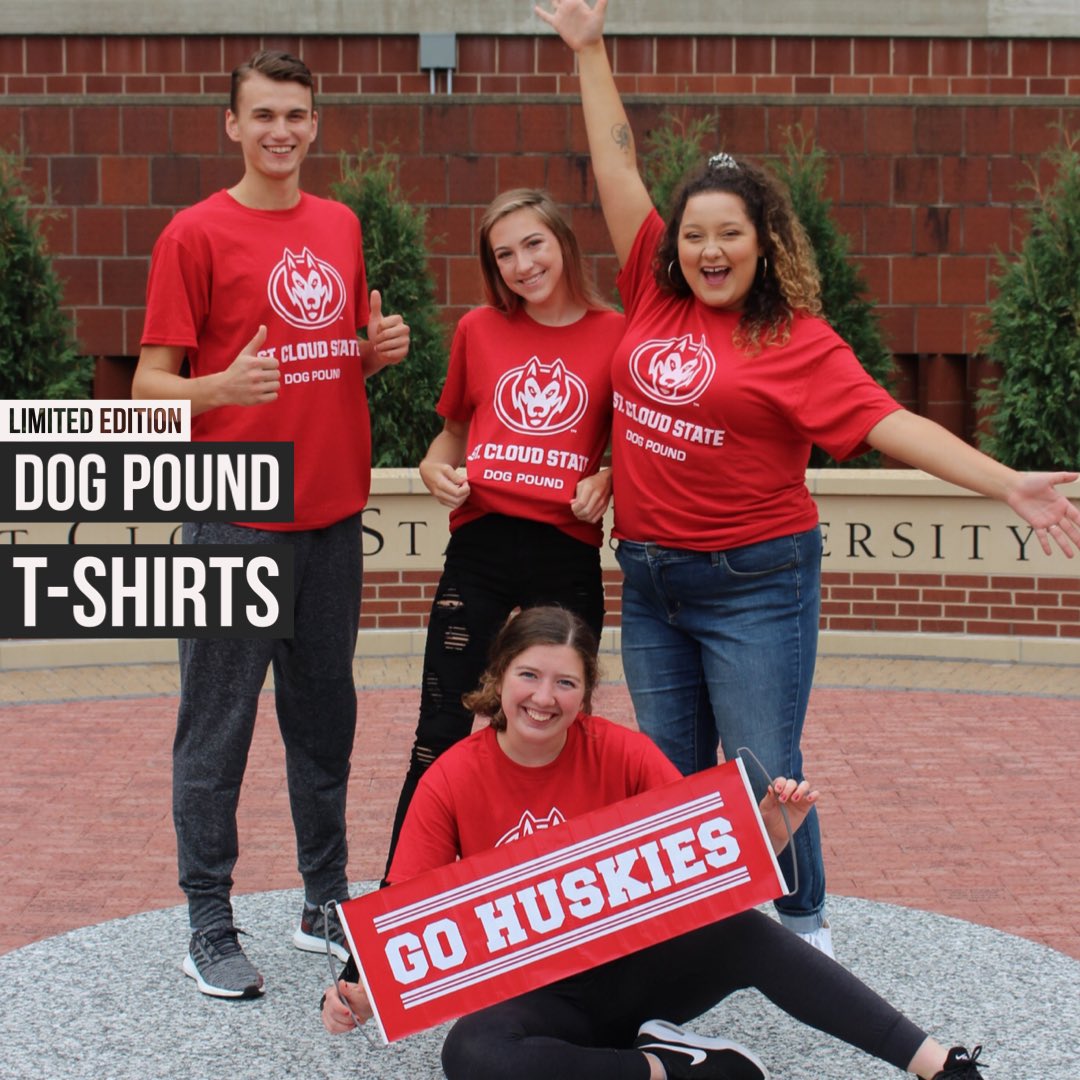