#1 St. Cloud State back on the road to Western Michigan

WMU Hockey
‏@WMUHockey
12h12 hours ago
More
FLASH SALE! Get tickets to Friday and Saturday's clash against No. 1 St. Cloud State for just $10! 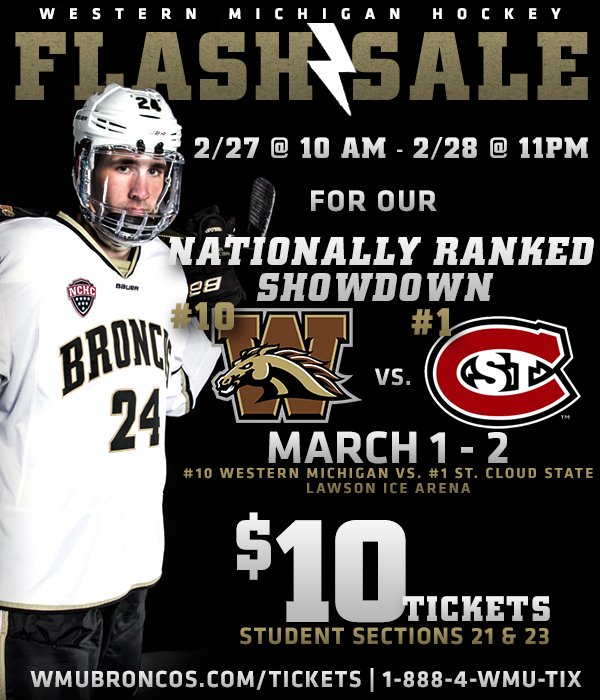 Hey @Lawson_Lunatics? Want some free SWAG? Come to this weekend's series against St. Cloud State and get a chance to win some prizes, including a game-worn jersey! 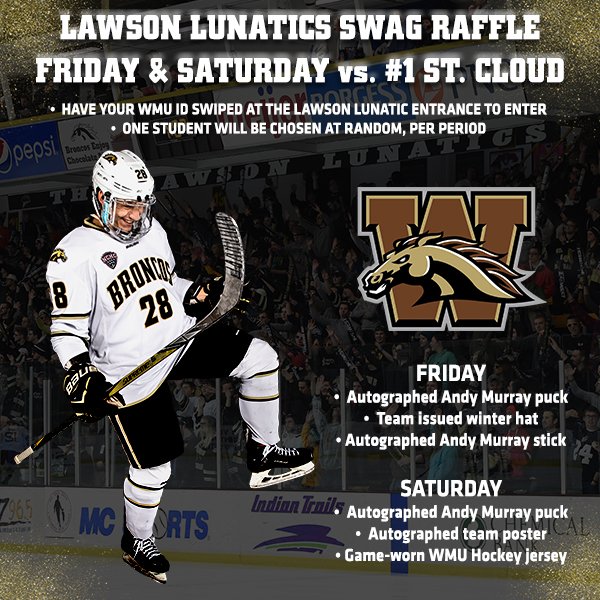 WOOD TV8
‏@WOODTV
Feb 26
More
With top-ranked opponent next in the schedule, @WMUHockey looking to show everyone that the Broncos can compete with the best. @Joe_Aulisio reports: Lawson is always a tough place to play and the Broncos are a very good team this year, so this should be some fantastic hockey

What an INSANE finish; we trailed twice by 2 in the third (3-1 and 4-2) but find a way to knot it up and then Patty Newell forces a turnover and finds RobbieJ for the cross-crease Gamewinner with 14.2 seconds left!!

When they went down 2 I thought well a letdown is to be expected then both times when they answered within seconds I had no doubt who was going to win to the point where the final 3 minutes wasn't even exciting to me. Of course the game just didn't mean a ton to begin with and if thats a playoff game it's as exciting as it gets but this is what this year team does. 2 Years ago we lost in OT this year it's 2 goal comebacks. Has there even been a game where the opponent scored 3 or more goals where we didn't have a 2 goal comeback?
Top 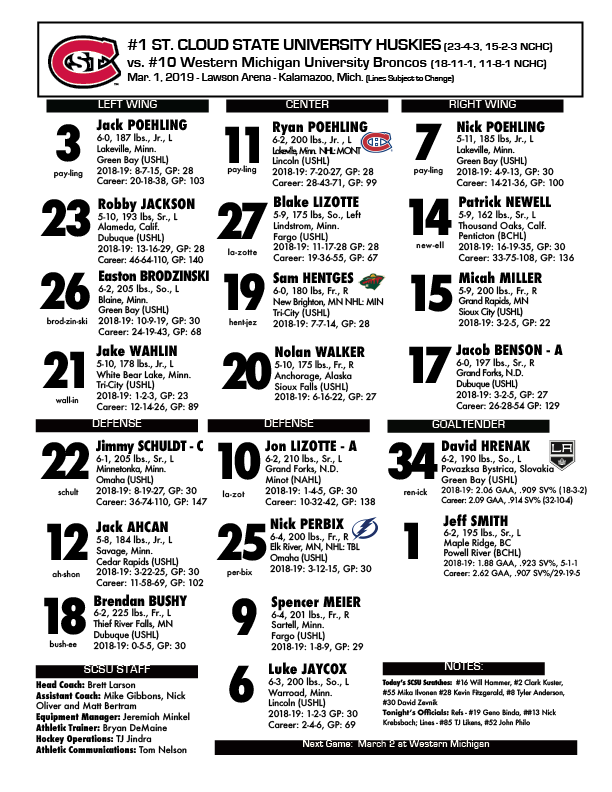 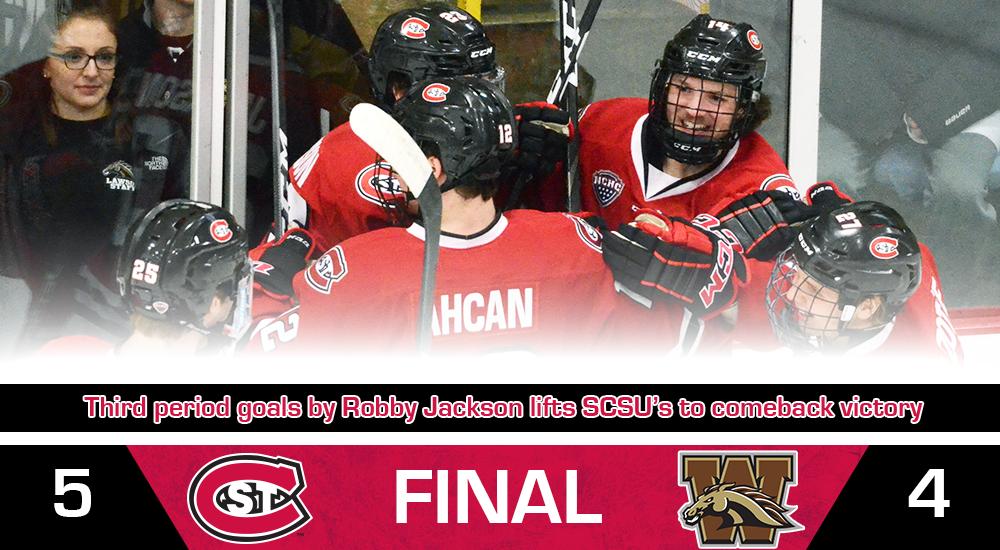 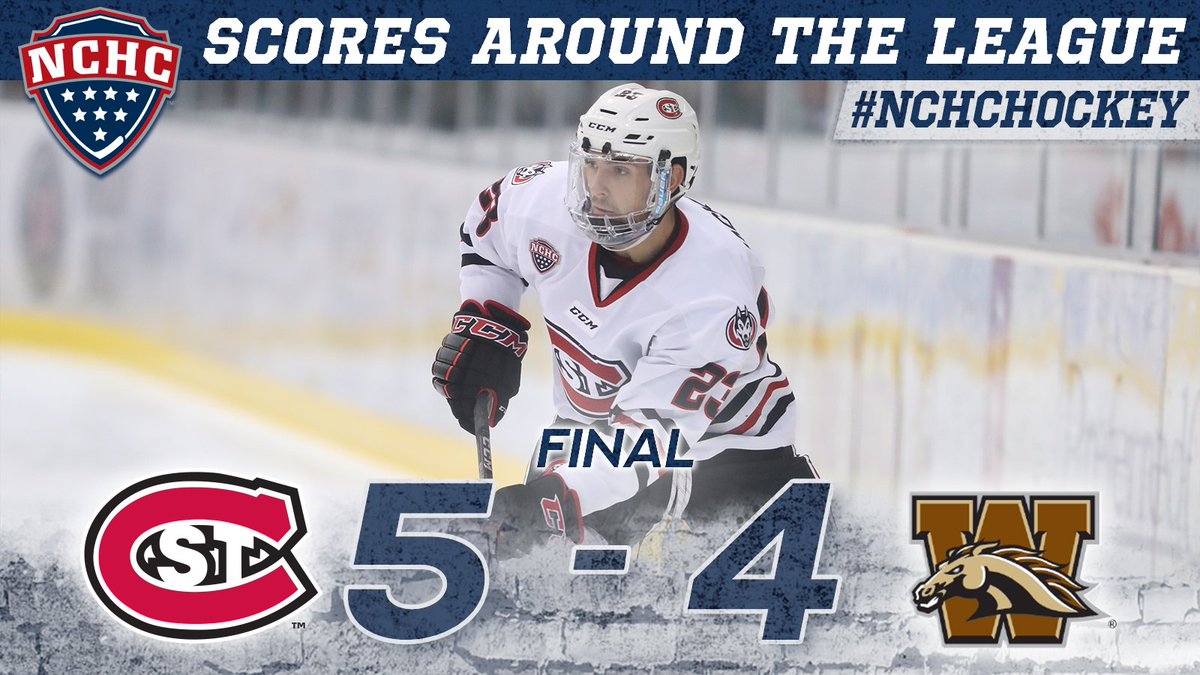 sctimes.com
Huskies come from behind against Western Michigan
Top

HUSKIES WON last night so what does that mean?! A FREE medium coffee this morning @TimHortons St. Cloud! Be sure to stop by the St. Cloud location before noon for your free medium coffee!

We faced not one, not two, but all THREE Broncos Goalies tonight and got at least one puck past each!

The Starter was pulled at 17:49 of the first after surrendering 3 Goals on 7 shots, the Backup allowed 3 in the second before being pulled at 14:26 in favor of the Starter again, he gets scored on 33 seconds later, and the Third gets in nets for the first time of his Collegiate Career and holds us to 1 Goal in the third

Was definitely glad to see Smitty get the nets tonight, he's a damn fine Goalie and Hrenak deserves a break anyway 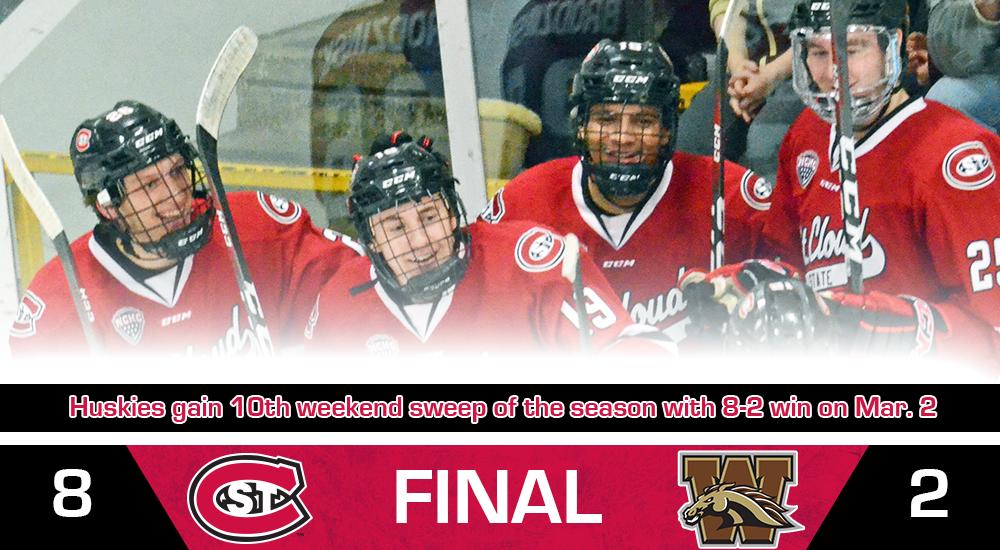 The NCHC
‏@TheNCHC
26m26 minutes ago
More
FINAL: @SCSUHUSKIES_MH routs @WMUHockey to push win streak to 5 and unbeaten streak to 8 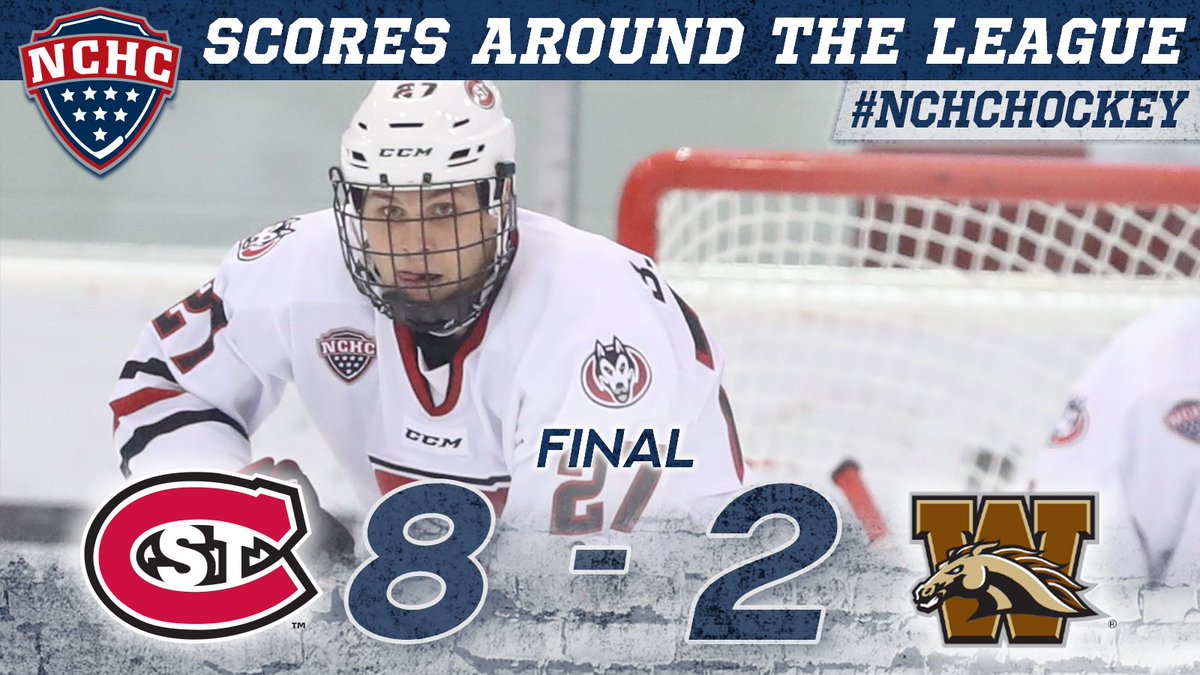 SCSU Men's Hockey
‏@SCSUHUSKIES_MH
47m47 minutes ago
More
A few words from Blake Lizotte on the @SCSUHUSKIES_MH 8-2 win at WMU on March 1.

HUSKIES WIN! Be sure to stop by your St. Cloud Tim Horton’s tomorrow morning before noon, for your free medium coffee!
Top

It's awesome to see Benson light the lamp in 2 of the last 3 games; dude literally went 22 games without a marker heading into Saturday vs UNO

I've always been a fan of his, so it's good to see his Senior year having such a strong finish