UMD advances to the championship game over Providence 4-1.
Box
Top

Crazy to see Blake as an All-American, just as crazy to NOT see RobbyJ make All-American
Don't really get why that call was made, but congrats all the same to the guys! 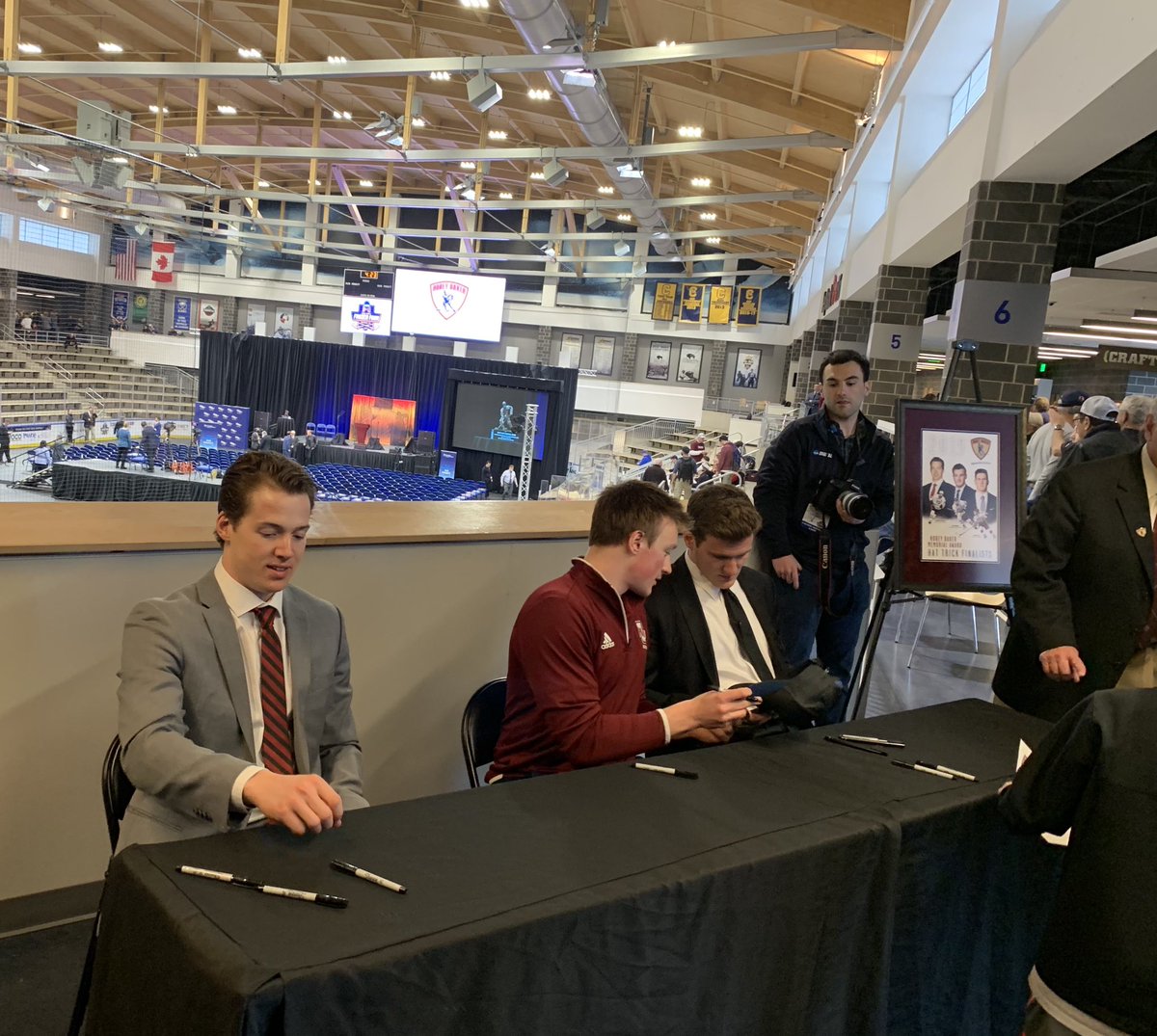 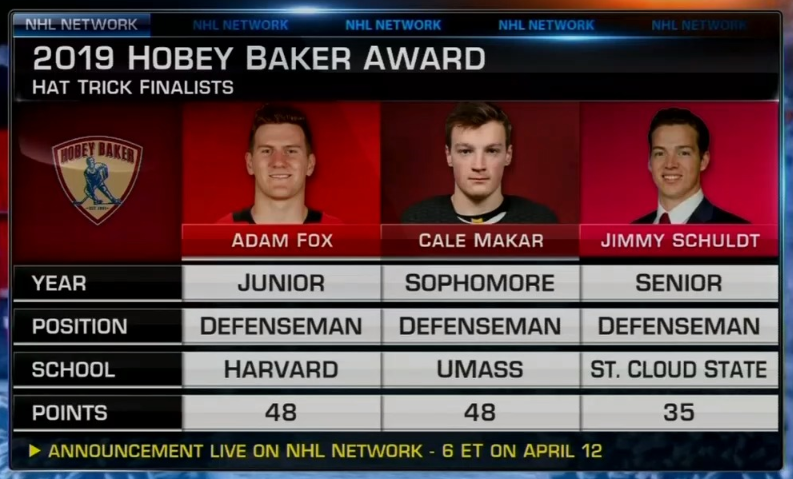 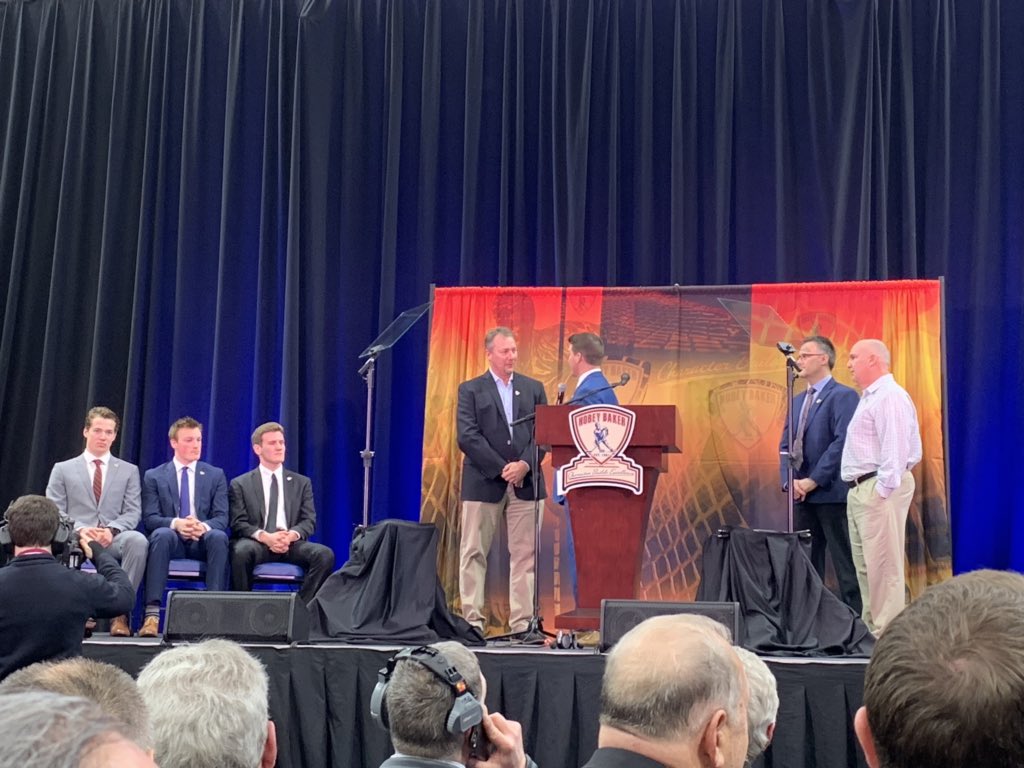 Josh Fenton
‏@Fenton_JC
16h16 hours ago
More
We have lots of incredible people in @TheNCHC and this guy is certainly one of them. Honored to be with Jimmy Schuldt and his parents at the @HobeyBakerAward ceremony tonight! @SCSUHUSKIES_MH #NCHCProud #unleashSCSU #NCHCHockey 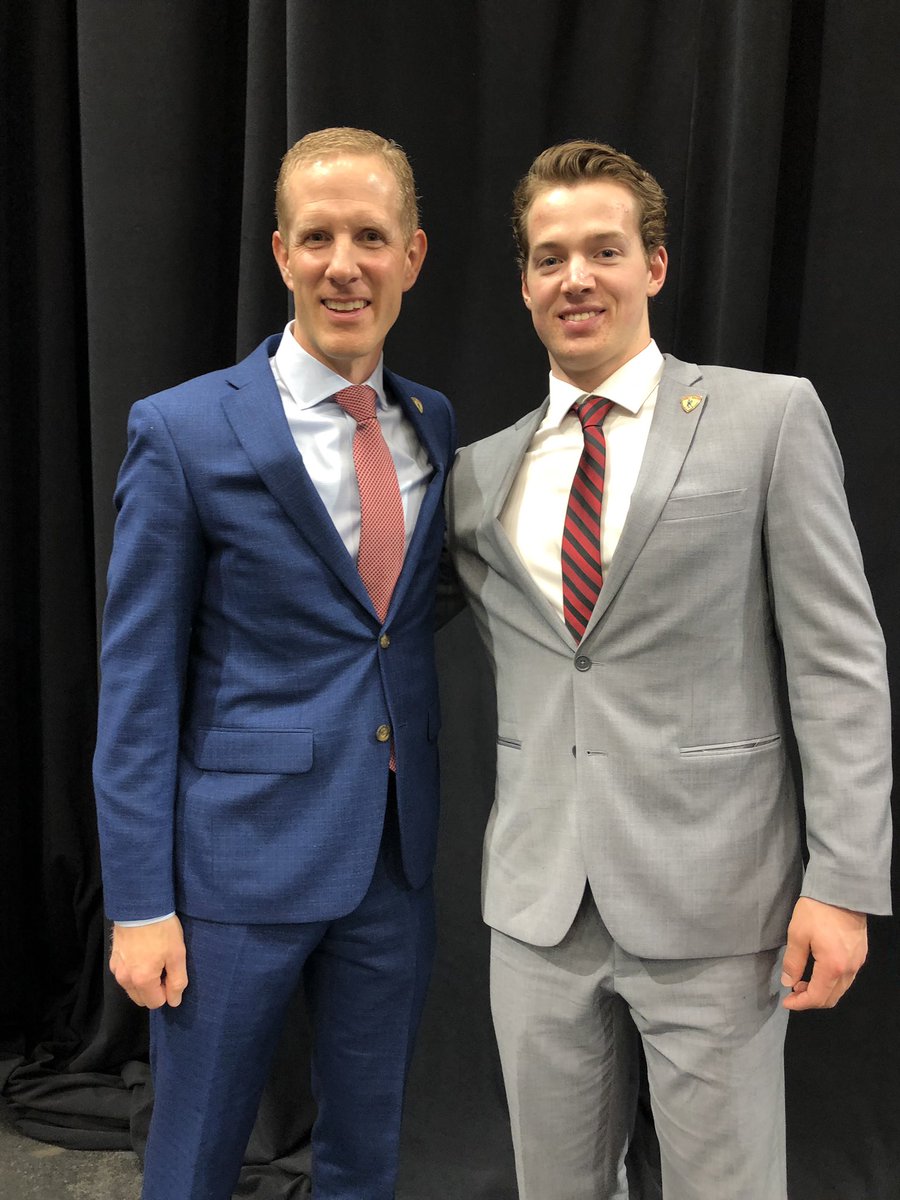 3 on the First Team and 3 on the Second Team 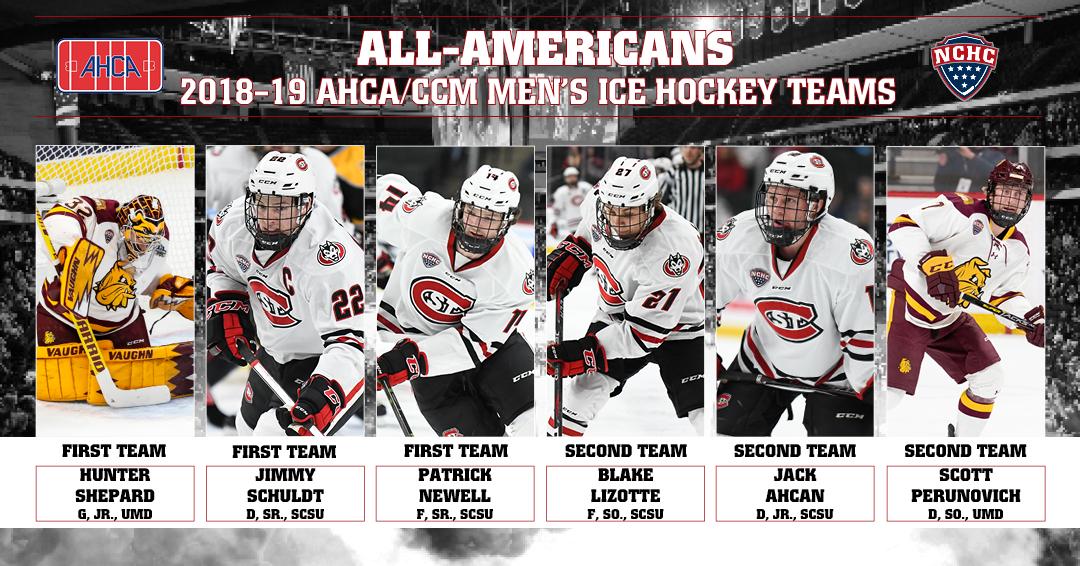 SCSU Men's Hockey
‏@SCSUHUSKIES_MH
16h16 hours ago
More
Hey @SCSUHUSKIES_MH Fans! You are all invited to the Huskies Hockey Fan Finale Social in the Brooks Center Atrium on Thurs., April 18th starting at 5 p.m. for a meet & greet with the team & ice cream sundaes. Comments from head coach @BrettLarson18 and @SCSUHUSKIES_AD as well. I was hoping it would have been all 3 Minnesota teams in the Frozen Four. You could argue that all 3 teams were easily in the top 4 this year. We had our deepest team ever and I would argue 3 games to 2 over Duluth and should have been 4-1 if not for one big turnover at the X.

I think SCSU was stronger all 4 lines offensively but Shepard and Wolfe I would give the edge to UMD on the back end. Poehling was just recovering at the wrong time. Otherwise both teams were very evenly matched. Mankato is right there too.

I also think some bad breakout habits that you can get away with on olympic vs nhl ice, reference the turnover at the X and some of our blind chips. Couple decisions here and there. Shoulda woulda a coulda, I would have played Smith looking back on it now. Motzko also had them practice at the Municipal Athletic Complex (MAC) before the tournament, that might be double edged though if it gets in your head again. Really enforces getting the practice rink NHL sized so it really isn't thought about.

My other conspiracy theory is the North Dakota rats intentionally turned up the heat on the ice. Terrible ice/slush conditions for a regional.

I really thought this was the year. The media just focused on the Air Force and Ferris State factor over and over and I didn't think it affected the team until they got behind and then for 2 periods they just didn't look like the Huskies, there's no denying it got in some of the players heads. Larson and the players always thought they could come back and did in 9 games this year so everyone thought it would happen. Finally in the 3rd after breaking through with a goal they looked like themselves but it was too late.
If I were Larson or the players, I wouldn't respond to any further questions about it. It's been beat to death for way too long now. For new players it shouldn't enter into their psyche or should they be questioned about it since they weren't there.

Anyway, this season will always be a great one to remember. Penrose Champs! Thanks Huskies for great hockey! The NCHC championship game will still go down as one of the best college hockey games I've ever seen.

On the USCHO fan forum a UMD fan was acknowledging MN HS hockey and especially Hermantown...