There's the late forward I was expecting for next year's freshmen class! Kupka will be joined up front by Molenaar, Kranilla, and Okabe. Enebak still refers to himself as an SCSU recruit on his Twitter profile but I don't see how the Huskies could bring him in as anything but a walk-on. I don't know if there's a superstar in this group, but there's enough skill that at least one of them should emerge.

Also, I restored Ben Ward's status as a Husky recruit for now because he has recently resumed play with the Wilderness. I still question if he'll ever be a Husky, but he has one more year of junior eligibility and I expect that he'll use it.

Despite the depth on this year's roster, the blueline is looking a lot more suspect for next season. The only recruit old enough to come in is Ziemer and his stats don't exactly inspire confidence. Also, he'd only be the seventh defenseman and the Huskies will want to carry at least eight.

https://docs.google.com/spreadsheets/d/ ... FKbot1kb8/" onclick="window.open(this.href);return false;
It's almost like it's something bigger than yourself.
Playing at St. Cloud State has been the best four years of my life.
~ Nic Dowd
Top

Didn't Kuster redshirt his freshman year? I thought he had another year of eligibility if he wanted it. If he does, that would be 8 D next year.
Top

Sid wrote:Didn't Kuster redshirt his freshman year? I thought he had another year of eligibility if he wanted it. If he does, that would be 8 D next year.

That's a possibility, yes, but I hope the Huskies aren't banking on it. I think they probably still have some scholarship money to play with and my hope is that they'll find some talent to use it on.

In fact, the Huskies may even have room for ANOTHER forward assuming Ryan Poehling is moving on. After his WJC performance, I don't see any conceivable scenario in which he stays.
It's almost like it's something bigger than yourself.
Playing at St. Cloud State has been the best four years of my life.
~ Nic Dowd
Top

Thanks TEO, good update!
I was looking for some info on Kyler and found this when he committed to Alaska Fairbanks back in the fall of 2017...
Both articles from camrosekodiaks.ca...
Sept 19, 2017
Kupka Commits to Alaska Fairbanks
Jan 1, 2019
Congratulations Kyler !!
He was also AJHL offensive player of the week- article dated 19Nov18.

USHL
‏@USHL
18h18 hours ago
More
USHL Goaltender of the Week Aaron Randazzo (@fightingsaints) made 25 saves on 26 shots to lead Dubuque to a 2-1 shootout win over Omaha on Saturday. 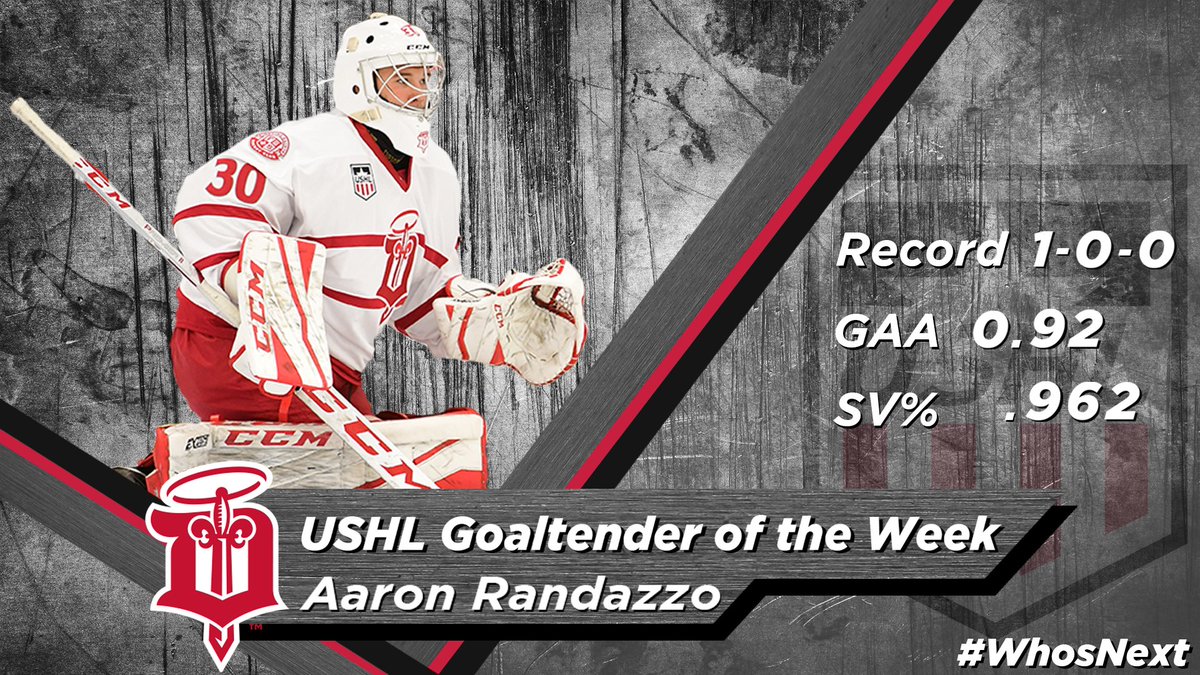 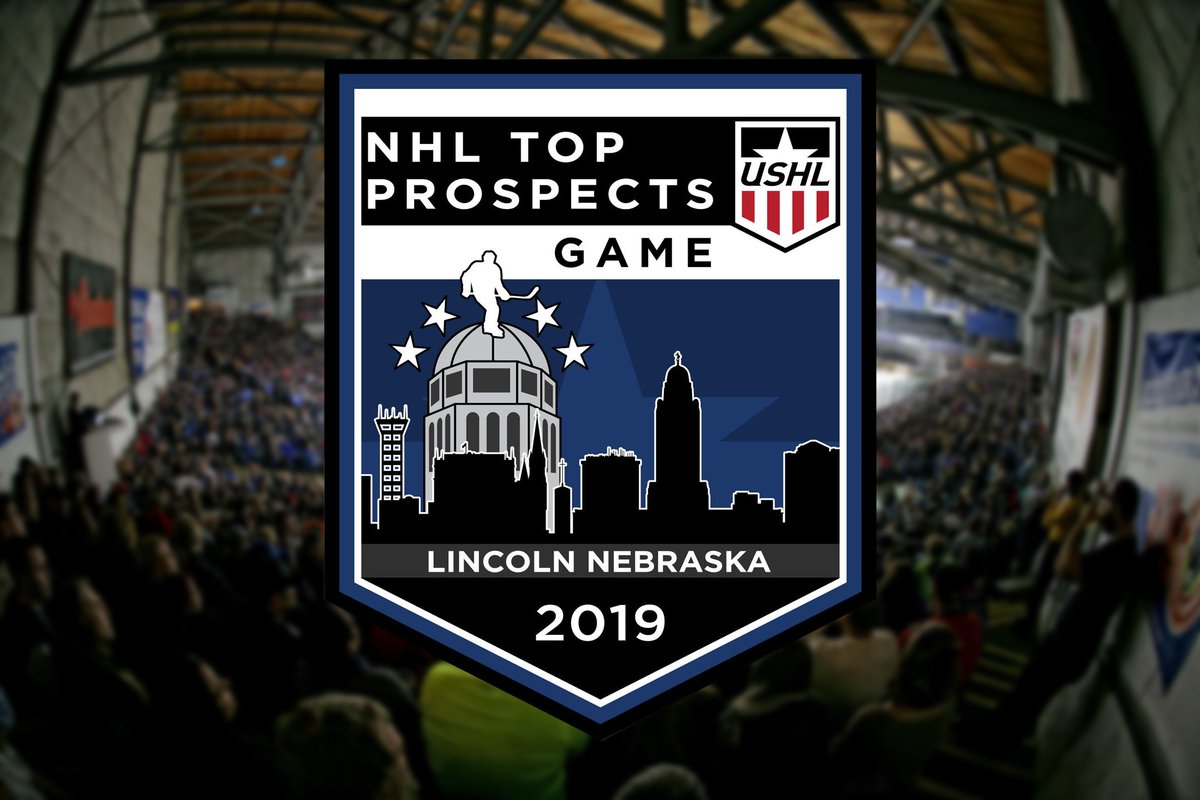 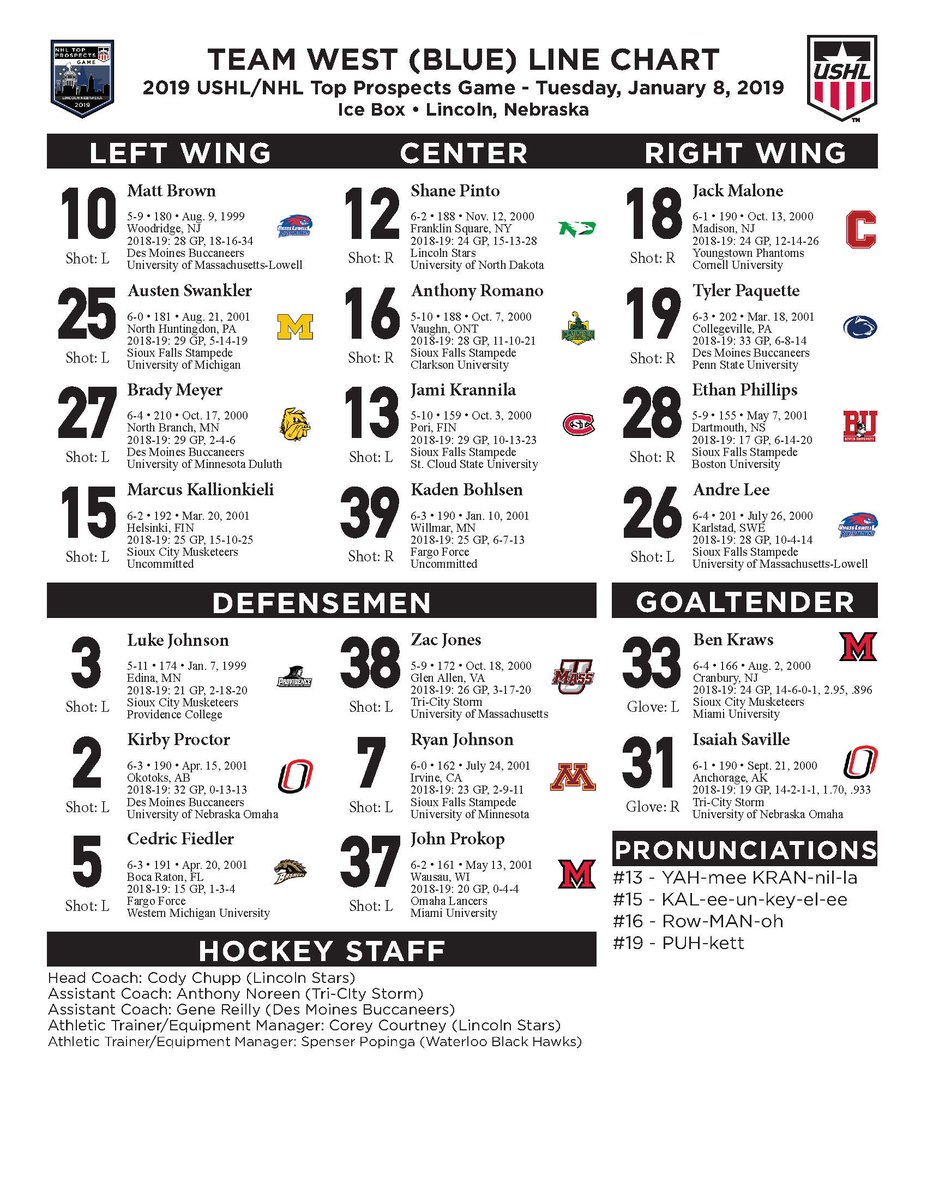 Interesting. Jami Kranilla sort of rhymes with Tommy Camera.
It's almost like it's something bigger than yourself.
Playing at St. Cloud State has been the best four years of my life.
~ Nic Dowd
Top

Shouldn't this be in the Committed Recruits thread?

Duluth East's Ryder Donovan is listed, and I'm sure Larson has been in touch, but the prevailing rumor is that he'll be a Bulldog or a Badger. No good sources on that, however.

One uncommitted Finn (Maccelli) is listed as well. Doubtful that the Huskies are in the running for him, but I figured I'd mention it.

Another interesting prospect is a youngster from Thunder Bay (Keighan Gerrie) tearing up a crappy junior league (SIJHL). Curious to see where he lands. I would imagine a Minnesota team would be a preferred destination.

Greenway punches their ticket to the State tournament... highlight video 2 goals by Ben Troumbly.
Greenway is headed to #State for the 1st Time since 2001!

Evan Bushy and TRF were eliminated by Warroad in the Section 8A semifinals 2-1 last Saturday.
Box
Top

soon to be 21 year old defenseman Trevor Zin of St Michael has committed to the Huskies. One site has him listed as a UMass Lowell. Not sure if they moved on we flipped him or even if that info is accurate.
Top
Post Reply
4191 posts