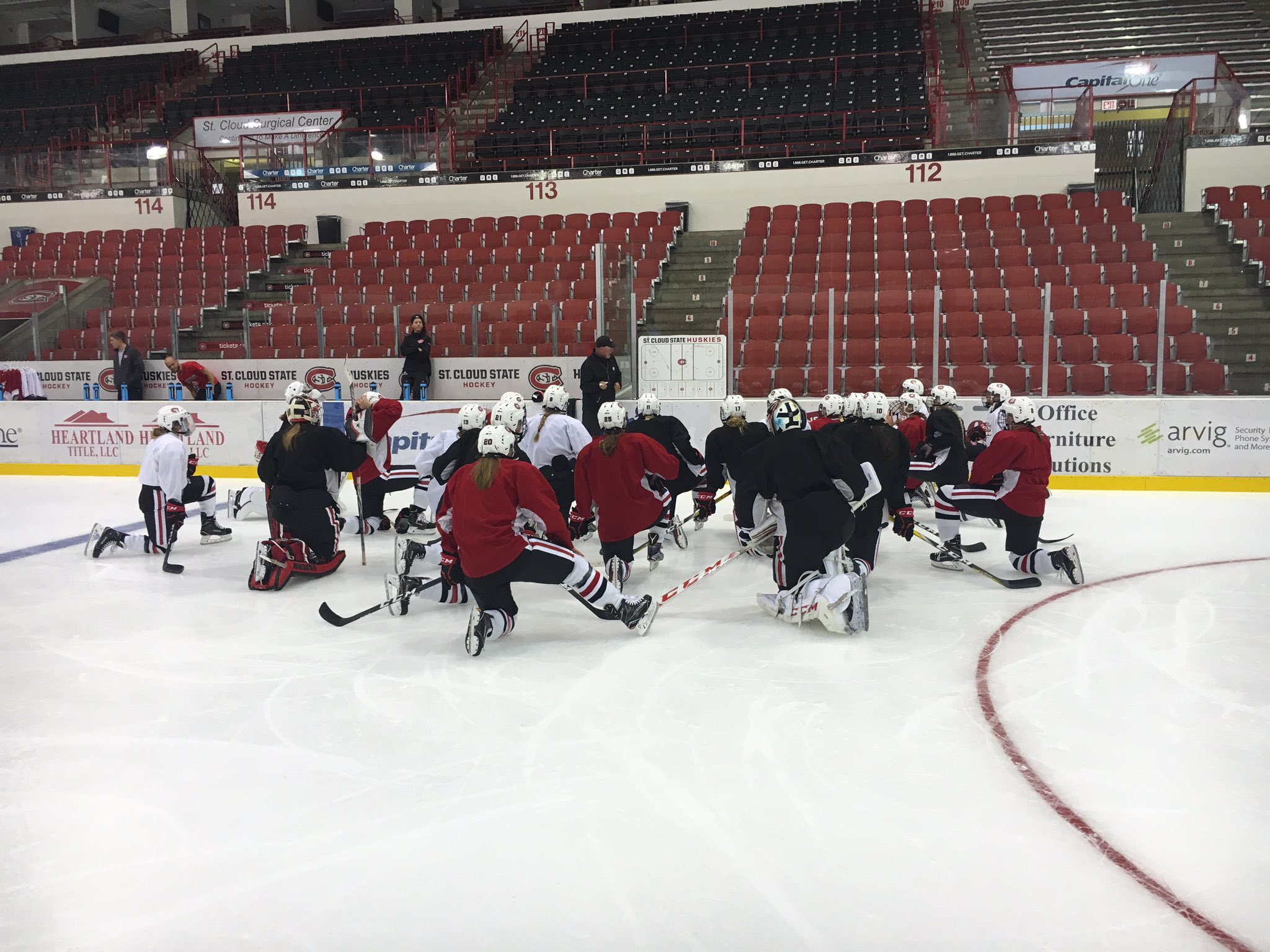 Huskies Hockey ‏@SCSUHUSKIES_WHK 3h3 hours ago
First day of practice in the books! 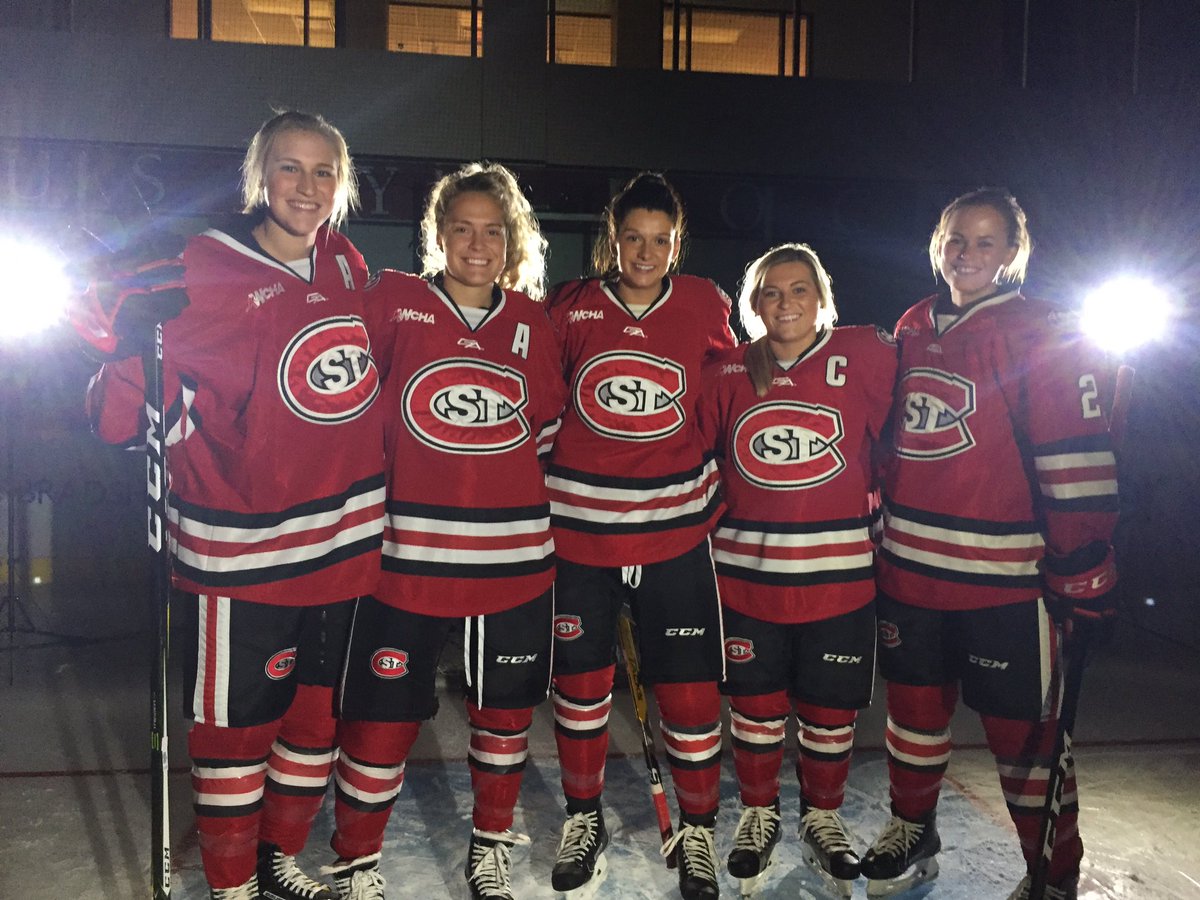 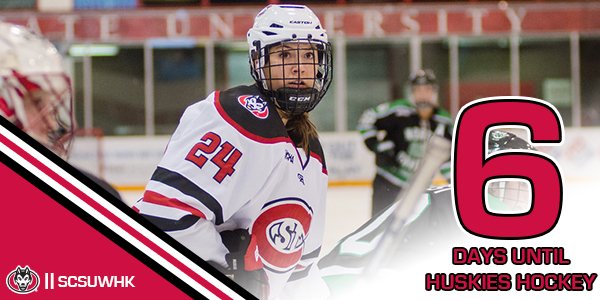 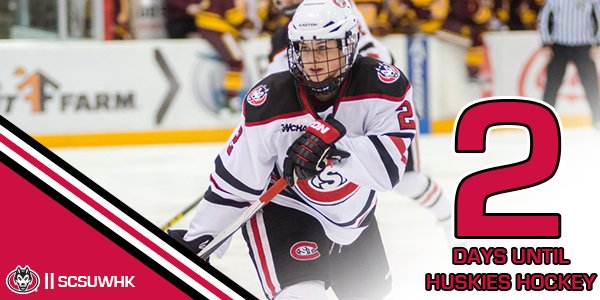 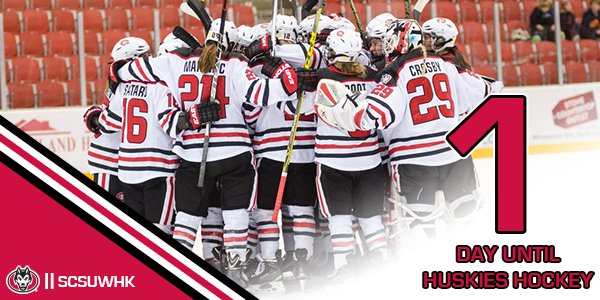 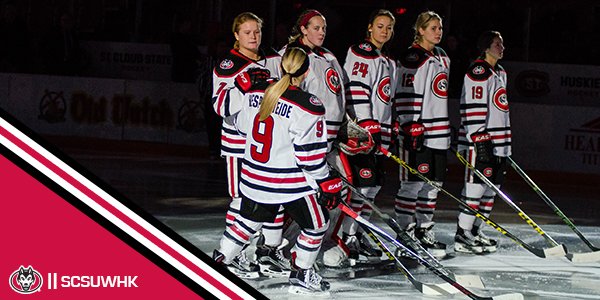 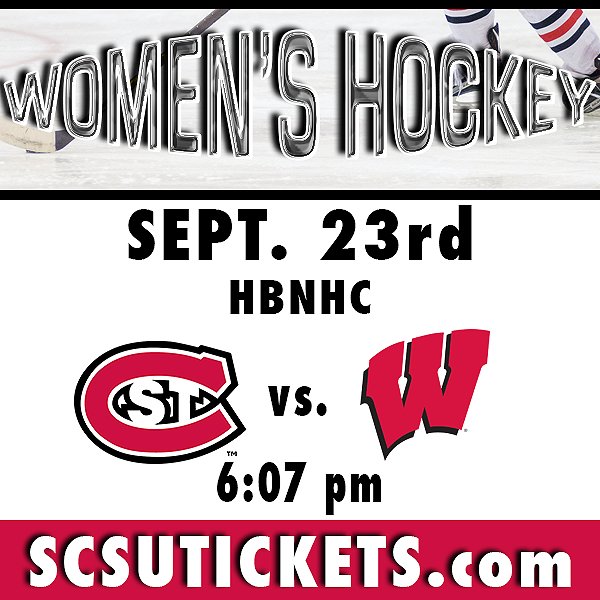 I thought they looked shakey at the start and looked a lot better as the game progressed. You could see their confidence building and they played almost even in the third-especially shutting down Nurse. They looked good and never stopped competing.

They started out with a lot of passes behind players and just in panic mode not skating but chipping and clearing the puck to nowhere.

As the game went on their passing improved and they started skating and hitting open players. The communication on the ice improved also as the game wore on. They had a couple point blank chances in the third. One was pressured too deep and instead of shooting probably should have faked and done a wrap around.

Desbiens is very sound positionally but she is down a lot. O needs a little patience, use their reach or go high but not fire dead center. Or they could shoot low off the pads or hope for a rebound. When they are down they have a harder time moving laterally. She looks like she has the maximum amount of pads up top.

She also made a few blunders handling the puck outside of the net - messed up the d.

Tylke almost had a nice tip if it would have been a hair higher. A lot of the outside shots were high and over the net. Need to start hitting those corners - on net. You miss the net and it usually creates a breakout going the other way.

SCSU's forecheck was much more effective as the game wore on. Not sure if SCSU was in better condition or it was the toll of Wisconsin's extra penalties or if Wisconsin just let off the gas a little.

Not sure if Fr fwd Kayla Friesen is ok. She was drilled in the side of the helmet from a shot from our own player in the high slot.
Top